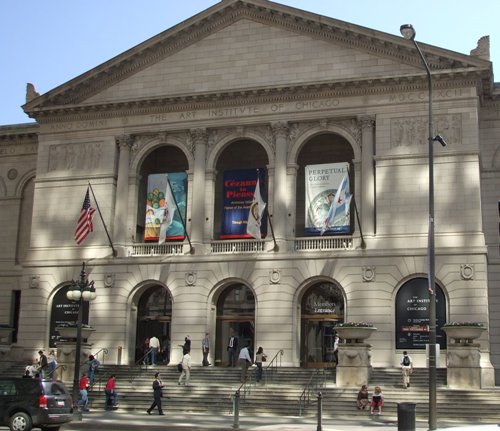 Are there Still Free Days?

Families can visit the Art Institute for free with the Kraft Great Kids Passport from the Chicago Public Library. Passports are valid for general admission and for most special exhibitions.  Visitors can also enjoy free admission from 5:00 to 8:00 p.m. every Thursday during Target Free Thursday Evenings. There are many such free visiting opportunities:

The following areas of the museum are accessible free of charge:

“With the free days, even with the price increase, the Art Institute still remains accessible to the residents of Chicago,” says Chicago Park District spokeswoman Jessica Maxey-Faulkner, referring to the museum’s free admission days.  The Art Institute of Chicago maintains that its prices are still low compared to those of other similar institutions across the country, and that the increase is necessary for the museum’s financial future.

“Obviously there’s no good time to raise admission fees, but this is a better time than six months ago, when most of the galleries were closed to the public for renovation,” says Chai Lee, a public affairs representative for the Art Institute. The increase follows the completion and opening of the museum’s Modern Wing, which will increase display space by 30 percent and make the Art Institute the second largest art museum in the country.

The Art Institute’s increase is the steepest Chicago has seen over the past few years. The Chicago Children’s Museum, Field Museum and Museum of Contemporary Art all raised prices in 2009 by $1 to $2. Adler Planetarium, the Peggy Notebaert Nature Museum and the Museum of Science and Industry increased prices by $1 to $3 in recent years. The Park District knows of no proposals from other museums to raise admission fees.

Information about the Art Institute increase first became available to the public last Friday when the Chicago Park District meeting agenda was posted online. The absence of more public discourse, however, upset some Chicagoans, who characterized the Park District’s actions as “stealthy” and “anti-tourist.”  “Whether or not the Art Institute needs to increase their fees, they should’ve brought the case to the public,” says Terry Leja, a Chicagoan who is retired. “This sends the wrong message. Tourists are the heart blood of Chicago. You want to encourage them to visit, and you don’t encourage them by charging $18 for an hour or so of visiting. It’s just not the right thing to do.”   The increase is the Art Institute’s first admission increase since 2004. In 2006, the museum shifted from a voluntary to a required admission fees.

“It’s a reasonable request for them, to look at fee increases after five years” says John Paul Jones, a member of the nonprofit citizen group Friends of the Parks. “The opportunity should’ve been provided to give at least a 14-day notice, so we can get more public comment. A 50 percent increase should’ve had much more dialogue.” Leja said that while the Art Institute is an honorable institution, the increase might affect her own visits to the museum. “My cousin is coming into town and instead of having it be $24 to visit the Art Institute, it’s going to be $36,” she says. “So maybe we’ll decide we won’t go to lunch afterward, or we won’t go to the Art Institute. It gets to be an either-or decision.”