The Chicago Dancing Festival will expand to four free events this summer, hosting a variety of troupes both indoors and outdoors during its Aug. 18-22 run.  The fest, now in its third year, begins Aug. 18 at the Harris Theater in a concert celebrating such contemporary choreographers as Robert Battle, Jessica Lang, Edwaard Liang and Trey McIntyre. The Joffrey Ballet, Oregon Ballet Theatre and River North Chicago Dance Company are among the troupes on the program. 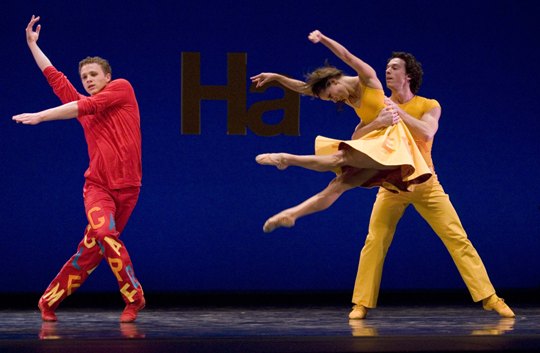 Another program is set for Aug. 20 at a location to be announced and will include the Joffrey, Hubbard Street Dance Chicago, Luna Negra Dance Theater and the Lar Lubovitch Dance Company, among others, performing works by Jerome Robbins, Alvin Ailey, William Forsythe and Lubovitch.

The festival culminates with an outdoor performance Aug. 22 at the Pritzker Pavilion at Millennium Park. All events are free, but indoor performances will require advance reservations. Details on that process as well as on a fourth event to be held at the Museum of Contemporary Art will be announced later.

The festival is a non-profit venture launched by Lubovitch and Jay Franke and partially sponsored by the MCA and the City of Chicago.