During the month of May, Blues Heaven Foundation offers a free tour of the historical landmark, Chess Records Studio, located at 2120 South Michigan Avenue,Chicago, 60616, to any guest that arrives between 12-1pm.  The tour takes approximately 90 minutes. In the ’50s and ’60s, Chicago’s Chess Records was one of the country’s foremost labels for electric blues and rock ‘n’ roll: Chuck Berry, Bo Diddley, Muddy Waters, Little Walter, John Lee Hooker, Etta James, Buddy Guy and a cavalcade of others recorded for the company, which was owned by the brothers Phil and Leonard Chess (and celebrated in the film “Cadillac Records”).

The first 60 minutes is the showing of a documentary entitled, “Sweet Home Chicago”, that is about Chess Records and its artists. The film includes archived video footage, interviews and portions of live performances. There is also an opportunity to ask questions following the film, and then a guided tour that describes the various uses of the rooms and spaces, and also an explanation of the artworks, photographs and artifacts on display.

Although Chess Records had studios in several different locations throughout the city, the most famous was at 2120 S. Michigan Avenue — the address itself was immortalized in the Rolling Stones’ song of the same name (the Stones first recorded there in 1964), and the building currently houses Willie Dixon’s Blues Heaven Foundation, a nonprofit dedicated to preserving the music and memory of the blues. 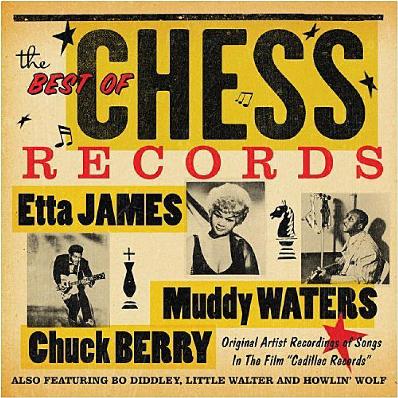 Also, starting Thursday, June 11, 2009, Blues Heaven begins its 10th annual Record Row Festival, in our Willie Dixon Blues Garden @ 2122 So. Michigan Avenue. Every Thursday evening, for one hour, from 6:00pm until 7:00pm, we offer a free Blues concert outdoors. Each week we will feature a different Blues artist or band, for the enjoyment of the public. In the event of unfavorable weather, the concert is moved indoors.

Did you know that the Numebr One All Time Guitar Song, Johnny B Goode by Check Berry was recorded in Chicago at Chess Records? “If you want to play rock & roll,” Joe Perry of Aerosmith told Rolling Stone in 2004, “you have to start here with Johhny B. Goode.” Recorded 50 years ago, on January 6th, 1958, at the Chess Records studio in Chicago, Berry’s “Johnny B. Goode” was the first great record about the joys and rewards of playing rock & roll guitar. It also has the single greatest rock & roll intro: a thrilling blast of high twang driven by Berry’s spearing notes, followed by a rhythm part that translates a boogie-woogie piano riff for the guitar.

“Johnny B. Goode” from The Definitive Collection (Chess)

Chuck Berry performing “Johnny B. Goode” on American Bandstand in 1965 “He could play the guitar just like a-ringing a bell,” Berry sings in the first verse — a perfect description of his sound and the reverberations still running through every style of rock guitar, from the Beatles and the Stones on down. “It was beautiful, effortless, and his timing was perfection,” Keith Richards has said of Berry’s playing. “He is rhythm man supreme.” Berry wrote often about rock & roll and why it’s good for you — “Roll Over Beethoven” in 1956, “Rock and Roll Music” in ’57 — but never better than in “Johnny B. Goode,” a true story about how playing music on a guitar can change your life forever.