To celebrate the grand opening of its newest BIG Cinema theater at Golf Glen, there is one week of free Indian movies in Niles from May 22 – 27, 2009 (once these free previews are over, each ticket is $10 – $16 per person).   Now is the time to see what Bollywood (India’s Hollywood) is producing and learn more about their films.  In the year to come, more than 30 million people are expected to watch a movie on a BIG Cinemas screen. 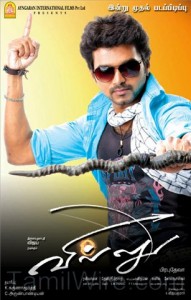 Having been the first cinema chain to cross 100 screens, Big Cinemas is India’s largest chain with close to 430 screens spread across India, US, Malaysia and Mauritus.

After pioneering the IMAX experience in India and creating flagship properties like Metro BIG Cinemas in Mumbai,the cinema chain is committed to providing access of world class cinema experience to its audiences across the world, including the USA. It is this customer orientation that has won BIG Cinemas several awards in the retail space, not only in India but in Asia as well. It was awarded “International Exhibitor of the Year” at the prestigious CineAsia 2008, “Retailer of the Year” in Entertainment for the second year running at the India Retail Summit and “Most Admired Retailer in Entertainment” Award at the Images Retail Awards 2007.

Check out the movie listing here (click on Illinois, then cinema, then movies, then session time to see what time the movies are playing).

Go to bigcinemas.com
select Illinois in the dropdown
Select the Movie from left pick list, the right window shows the timings and the dates of Free movie.