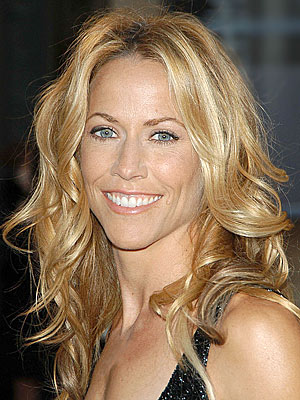 I know its a drive from Chicago but Nine-time Grammy winner and Missouri native Sheryl Crow will perform a free concert under the famed Gateway Arch in St. Louis on Saturday, July 11, as part of the 2009 All-Star Game festivities.  Road trip anyone?

The 2009 Major League Baseball All-Star Charity Concert presented by Pepsi will start at 8 p.m. CT on the banks of the Mississippi River and be streamed live on MLB.com. Major League Baseball will donate $1 million to Stand Up To Cancer and those attending the concert and watching the live stream will be encouraged to donate as well.

“I’m from such an avid baseball-fan family, especially the Cardinals,” said Crow. “When we got asked to do it here, in St. Louis, that made it even more special. I have great memories of seeing summer bands under the arch. In fact, I was here in the ’70s when Elton John played under the Arch, and there was like 70,000 people here. So it’s an honor and a real privilege to get to do it for MLB and Stand Up To Cancer.”

A cancer survivor herself, Crow grew up in Kennett, Mo., and taught grade school music in the St. Louis area before becoming one of Grammy’s winningest females. She has released seven studio albums which have sold more than 35 million records worldwide and her hits include “All I Wanna Do,” “Everyday Is a Winding Road” and “If It Makes You Happy.”

“We’re going to play a lot of songs that are very familiar to our fans or people who have had the radio on for the last 15 years, but we will play a few things that they don’t know,” said Crow, who sang the national anthem at last year’s All-Star Game at Yankee Stadium. “We also have a special guest coming that I would love to announce today but I’m not going to. Stay tuned because we have a wonderful performer who is going to make a very surprising appearance on stage with me.”

The Cardinals-Cubs game from Wrigley Field that day on FOX will be shown live on big-screen televisions prior to the start of the concert for fans to view.

The All-Star Charity Concert presented by Pepsi is one of several charitable events leading up to the Midsummer Classic in St. Louis on July 14. Major League Baseball has made community service and giving back to charitable causes a theme for this year’s events.

“We have a very special group that we have teamed with to make this an event more important than the concert itself, and that’s Stand Up To Cancer,” said Tom Brosnan, executive vice president of business, Major League Baseball. “They are an extraordinary group who’s important work and determination, I believe, will help to end cancer in our lifetime.

“Sheryl was our first and only choice for this years concert, not only because she is a Missouri native, but she happens to be an enormous Cardinals fan as well.”