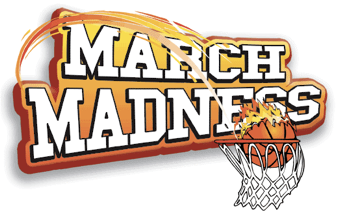 Hey all you March Madness fans?  Want to watch your favorite college hoops team, eat some good food and save some money? If you’re a fan of T.G.I.  Friday’s boneless wings, they’ve got a good deal during March Madness. Over the next three weeks, participating T.G.I. Friday’s locations are offering half-price boneless Buffalo Wings in the bar at its college basketball watching parties at participating restaurants in the U.S. during televised games of the tournament in March and April.

Here are some that I’ve found so far. Please post comments with others you’ve heard of!

Hooters: The company is having “National Hooky Day,” where “Dr. Hootie” gives customers who sign up a fake doctor’s note to get out of work in order to recover from “basketball fever.”  In addition, the doctor’s note “prescribes” a free appetizer, which is redeemable at any of its restaurants during the first round of the tournament (today and tomorrow).

Ruby Tuesday: The chain restaurant is promoting its own bracket, with a chance to win $1 million for people who pick all the games correctly. In addition, the restaurant is offering $2 off appetizers and $5 cocktails on game days for people sitting at the bar.

Fleming’s Steakhouse restaurants (Chicago and Lincolnshire) are offering “Two Buck Chucks”  ($2  Prime Chuck Sliders) during the NCAA Tournament. Slider choices: Swiss and Peppered Bacon, Smoked Wisconsin Cheddar and Tabasco onions and Danish Blue and Caramelized Onions. The $2 slider menu, created especially for March Madness, is offered Thursdays– Sundays for the next two weeks at all Fleming’s locations after 7 p.m. The Newport Beach restaurant is at 455 Newport Center Drive at Fashion Island.  If you can’t wait until 7 p.m., Fleming’s also offers a $6 Prime Burger before 7 p.m. Since introducing the discounted burger last summer, the Newport Beach restaurant has sold 5,000 at the bar.

Duffy’s Sports Grill: This local chain is offering 5 domestic beers for $10 or 5 imported beers for $15 throughout March Madness.

Pizza Hut: This deal affects very few, if any of us, but Pizza Hut is offering to buy pizza for an entire college campus of a #16-seeded team if it’s able to upset a #1 team. Those #16-seeded teams are: Vermont, Arkansas-Pine Bluff, East Tennessee State and Lehigh. I could be wrong (correct me if I am), but the chances of this upset happening are pretty slim. In fact, it’s never happened before. Don’t hold your breath for those campuses.

Papa John’s Pizza: They are offering a “HOOPS Sweepstakes” where their Facebook fans can sign up for a chance to win pizza for a year, a 12-pack of Coke Zero, or $20,000 and both the other two prizes.
It’s also offering “$10 buzzer beaters” where all large pizzas are $10 each, including specialty pizzas.

The tournament, which culminates with the Final Four in Indianapolis April 3-5, is one of the most popular sporting events in the United States. One employment consulting firm, Challenger, Gray & Christmas Inc., estimates that following the tournament costs the American workforce about $1.8 million in lost productivity, based on an average of 20 minutes of wasted time lost by more than 58 million workers who watch the games at their desks or leave work to hit the sports bar.