The Trib reports that Eric Futran, the Chicago photographer well known for his food shots, will be the subject of a free photography show called “Omnivorous: Photograph of the Food Chain.” covering 20 years of his work at the restaurant Uncommon Ground, at 3800 N. Clark St.

Eric Futran is a food and culinary photographer centrally located in Chicago, Illinois. He shoots pictures in such three star establishments as Louis VX in Monte Carlo and Paul Bocuse in Lyon, but he also snaps photo behind the scenes at fast food and Mom and Pop joints all over the country.  He understands the working realities of the food business. He’s been doing this for over 15 years. He’s been the official photographer for both the Bocuse D’or cooking competition in France and the prestigious Team USA entry in the Culinary Olympics in Germany. He photographs for the Culinary Institute of America at both their Hyde Park and Napa Valley locations and has toured the country shooting cookbooks for the Discovery Channel’s Great Chefs. 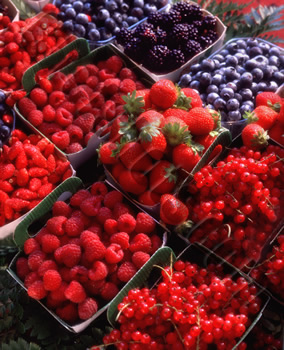 There will be an opening reception May 27 from 7 to 9 p.m. in Uncommon Ground’s music room.  Futran will be playing his bouzouki with his band The Noshers.  All the songs performed will be about food.  Among them, these from Futran himself:  “Shake That Chicken Fat,” “(I’m a Cheap White Guy and I Like to Drink) Cheap White Wine,” and, of course “Omnivorous.”

Admission to Omnivorous is free. At the May 27 reception there will be discounted prices on selected bottles of wine to go with the free hors d’oeuvres.  Futran’s show runs from May 25 to July 19.