Looking for some free comedy in Chicago? Then come on out to the FREE Two-Hour Comedy Hour on Saturday September 11 at the Gallery House at 7pm. This week’s Two-Hour Comedy Hour is a special benefit show for Samantha Snyder, a Two-Hour Comedy Hour regular, who is recovering from getting hit by a car on her bicycle (it was their fault). She’s ok, other than a broken bone or two, but her wallet is suffering. The show is free but this week’s show is aimed at raising money for her bills, and all the money the show makes will go directly to her

[ed.  Let’s all help out Sam — she is part of the Two-hour family and needs our help!]

Trey Mowder hosts Mike Lebovitz, Cameron Esposito, Ricky Gonzalez, Derek Lazarski and Mike Sheehan.   There’s no cover for the 21+ show -though all donations go to Samantha- and it runs from 7-9 pm at Gallery Cabaret, 2020 N. Oakley (near Western and Milwaukee, just off the Blue Line stop). Guests are encouraged to arrive early. 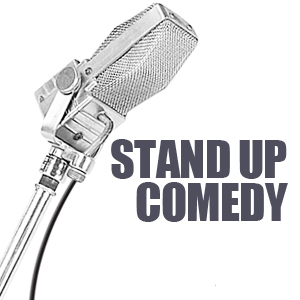