Celebrating its 77th year, the free McDonald’s® Thanksgiving Parade is Chicago’s premier holiday event, with hundreds of thousands of spectators crowd State Street Thanksgiving morning to watch for free the gigantic helium balloons, award-winning marching bands, majestic equestrian units, fabulous holiday floats, spectacular performance groups, local personalities and national celebrities, while millions of viewers tune in to watch the parade’s local and national broadcast. Marching down State Street on Thanksgiving Day, November 25th from 8:30am to 11am, this awesome spectacle is being kicked off with a 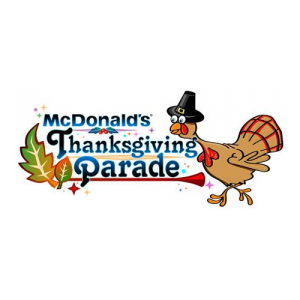 The route covers State Street from Congress to Randolph.

Jennifer Beals will serve as Grand Marshal of the 77th McDonald’s® Thanksgiving Parade.  Jennifer Beals is a native Chicagoan with many acting credits in her resume. Her latest project is “The Chicago Code” which will premiere on Fox in February. IMDB has over 60 credits attributed to her career.   Don’t forget to tune into Jennifer and all of the great entertainment that will be featured at this year’s McDonald’s Thanksgiving Parade. Tune in Thursday, November 25 at 8am CST to WGN to catch this year’s great parade! The parade is broadcast LIVE nationally on WGN America as well!