One of our favorite bands, REM is providing a  FREE music download to all of its Chicago fans and fans everywhere of the song  “Oh My Heart” from their new album from their fifteenth and soon-to-be-released studio album Collapse Into Now (in stores March 7), the album echoes the guitar-centric sound that made Automatic For the People such a success. According to lead singer Michael Stipe  “It’s a very quiet and very meditative song dedicated to New Orleans — about New Orleans. Jacknife [Lee] is great as a producer, because he saw that we were struggling with 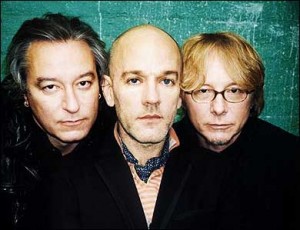 what is a very quiet song. We were standing really far away from each other in the room, and it was hard not only to actually physically hear each other, but it felt dispersed. He brought us into the middle, and instantly, of course, the song worked.”

Thanks to Free Things to Do in Austin for this rock n Roll tip!