Looking for an inexpensive, free activity with the loved ones in Chicago? Check out the Chicago’s Free Movies in The Park, where the Chicago Park District’s annual series takes place in more than 125 neighborhood parks and makes a great cheap date or family night (just BYO picnic and blanket). Films start at dusk.  This year’s Chicago‘s free Movies in the Park kicks off on June 14 at both Belmont Harbor and Montgomery Ward Park and continues through September 16. There are lots of great free movies to choose from this year, with some all-time classic s from teh 80’s mixed in with great kid’s animated movies, and some recent releases including, Iron Man 2, Inception, Twilight: Eclipse, Salt and many more. Here is an alphabetical listing of some of the better free movies to be shown: 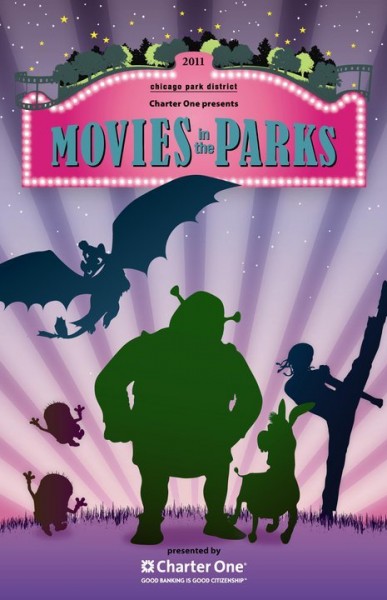