Are you an entrepreneur who is looking for some free or low-cost financing documents as you raise capital through equity placements with investors, angels and venture capital firms?  Well check out SeriesSeed.com, a new site for start-up financing documents. The Series Seed Documents are a 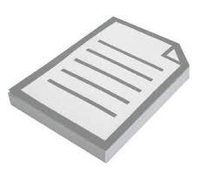 standardized set of documents that can be quickly and easily deployed for a seed investment: to help get a company financed properly, legally, quickly, and intelligently.  Up until now, various smart people have talked or blogged about reducing the transaction costs associated with seed stage investment without rallying around a particular attack. Of course both entrepreneurs and investors would rather see their investment dollars used toward developing a new product and bringing it to market than toward what are usually routine transaction costs.  The problem has been crafting a set of documents that provide adequate protections without being unduly burdensome.  While traditional financing documents give broader rights and protections to investors, for a seed stage investment the benefits of simplification in the Series Seed documents outweigh the value of these additional rights and protections. The following investors have agreed to use the Series Seed Documents in certain of the their deals:  Baseline, Charles River Ventures, SV Angel (Ron Conway), First Round Capital, Harrison Metal Capital, Mike Maples, Polaris Venture Partners, SoftTech VC and True Ventures.

The Series Seed Documents have been created to address these issues.  They are considerably shorter and simpler than the status quo investment documents, designed to keep the most essential terms for the transaction and postpone the other terms for a later fundraising round where such an investment would be warranted.  A more detailed description of the content of these documents and rationale behind them can be found here.  The Series Seed Documents should reduce both the time and cost of a financing transaction.  It should go without saying, but time and money are the two things most vital to a young company. From an investor’s perspective, while moving away from the traditional full-blown financing documents entails giving up a number of rights and protections, when taken across numerous transactions, the benefits of spending less time and money on the documents outweigh the cost of sacrificing these additional rights and protections.  Moreover, I don’t believe there’s anything included (or excluded) in these documents that will be wildly controversial.  Based on discussions with numerous practitioners, I believe these documents largely represent a consensus as to what should be in seed round documents.