For people without cars, large cities with dense populations can be easier to handle without a car  if they have exceptional levels of “walkability.”   However, with no car, the  most important factor is a widely available and efficient public transportation system. 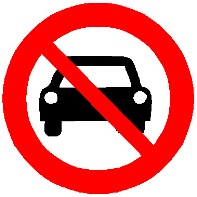 Another is having daily amenities, such as groceries, shopping, schools and entertainment, nearby and within easy reach on foot or by bicycling. For some reason, Chicago was shut out of this list.

To compile this list of the best cities to live in without a car, 24/7 Wall St. examined the 100 largest metropolitan areas. In each city, they looked at the percentage of neighborhoods covered by public transit, the frequency of service for those neighborhoods and the share of jobs reachable within 90 minutes or less by public transit for people living in those neighborhoods, all provided by the Brookings Institution.  They also looked at the “walk score” for the primary city of each metropolitan area, provided by research group Walk Score. This number represents how accessible amenities are for residents of a city on foot. Finally, they considered the percentage of commuters who bike to work, using data from the Census Bureau.  Thanks to Free Things to Do in San Francisco for this auto freebie!

1. San Francisco-Oakland-Fremont, CA
San Francisco is held in high regard for its many successful transit systems, including the San Francisco Municipal Transportation Authority and the Bay Area Rapid Transit district. These systems cover nearly 92% of neighborhoods — the fifth highest rate in the country. San Francisco also has the second highest walk score and is excellent for bicyclists. Commuter rails within the city allow bicyclists to mount with their bicycles, and there is a bike shuttle across the Bay Bridge to help cyclists during rush hour.

2. Portland-Vancouver-Beaverton, OR-WA
Portland is such a good place for people to live without a car due to both its public transit system and the ease of walking and biking around the city. The metropolitan area is served by TriMet, which in addition to other services offers a Free Rail Zone — a region that includes most of downtown Portland and where light rail and streetcar rides are always free. The city has a number of benefits for bike riders, including designated bike-only areas at traffic signals and free bike lights. It has the second highest rate of commuters who ride bikes to work in the country.

3. New York-Northern New Jersey-Long Island, NY-NJ-PA
New York City ranks first in the nation for total number of passenger trips and government spending per capita on public transit, according to US News. It also has the highest rate of service frequency. The Metropolitan Transportation Authority’s 2010 operating budget was $13.4 billion. The average weekday ridership for the city is estimated to be over 8.4 million trips. The city also has the highest walk score on this list, thanks to the ability of city dwellers to reach just about any amenity on foot.

4. Honolulu, HI
Honolulu currently does not have an urban rail system, but its bus system helps cover 97% of neighborhoods — the highest rate in the country. Additionally, almost 60% of jobs are accessible within 90 minutes to those who live in neighborhoods covered by transit. This is also the highest rate in the country. Nevertheless, the city is planning a $5.5 billion rail project called the Honolulu Rail Transit Project. This will include 20 miles of track, connecting East Kapolei with the Honolulu International Airport and downtown Honolulu and will end at Ala Moana Center.

5. Seattle-Tacoma-Bellevue, WA
Seattle’s public transportation system not only includes bus and rail transit, but a monorail in the city center, as well as ferries. The city also has the sixth highest walk score in the country, due to its high number of easily accessible amenities. According toBicycling magazine, Seattle is one of the most bike-friendly cities in the country and “has a 10-year, $240-million bike master plan that seeks to triple the number of journeys made by bike and add 450 miles of bike paths.”

7. Denver-Aurora, CO
Denver has bus service, light rail lines, and an airport shuttle service. The city is currently undergoing a multibillion dollar expansion of its transit system, called the FasTracks Expansion. This plan is meant to increase light rail, commuter rail and bus rapid transit lines. The project, which is expected to be completed in 2019, currently faces a $2 billion shortfall.

8. Salt Lake City, UT
Utah’s population is expected to grow from 2010’s approximately 3 million to 4.4 million in 2030. Salt Lake County accounts for more than one-third of the state’s population. To accommodate this growth, the Utah Transit Authority has plans to add four more lines to its light rail system, TRAX, up from its current three lines. This investment is meant to improve transportation for the suburban and exurban population to the city. In the winter, the UTA runs ski transit lines in addition to its rail and bus services.

9. Los Angeles-Long Beach-Santa Ana, CA
Los Angeles is the second largest city by population in the United States, and its metropolitan area is fairly spread out. Due to its extensive public transit system the area has avoided a complete automobile-based culture. The metro area’s 19 transit systems have more than 500 bus routes. As a result, 96% of neighborhoods are within 0.75 miles to a transit stop — the second highest rate in the country. Better still, commuters can catch a form of public transportation from their nearest stop every 6.2 minutes.

10. Boston-Cambridge-Quincy, MA-NH
The Boston-Cambridge-Quincy metropolitan area’s greatest strength for those without an automobile is the prevalence of dense, easily manageable communities. This makes it exceptionally easy for residents to reach amenities such as groceries, restaurants, shopping and schools. The metropolitan area’s primary city, Boston, has the third-highest walk score in the country. The area’s public transit also has a relatively high service frequency rate, making its use that much more convenient for the city’s residents.