Are you part of the 2011 Black Friday crowd that is upbeat about the highly anticipated shopping bonanza of the year? Well, as you have heard, many stores have announced their plan to open early on Thanksgiving. Black Friday and Cyber Monday are just days away, and many companies are leaking deals early in an attempt to get a leg up on the competition. While lots of stores claim to have the best deals out there, we have researched to tell you what is hot and what is not this year and where the freebies are….. Here’s a short review on what some retailers are offering this season.  Check out all the Black Friday deals listed at https://chicagofree.info

Over 2200 GameStop stores open at midnight while the remaining open at 5 a.m. on Nov. 25.  Tech Enthusiasts can get Store Credit between $70 to $300 for any old PS3, iPod, iPhone, or an iPad. The store also brags about the limited edition Zelda 3DS. GameStop is offering the PlayStation 3 160GB bundle for just $199.97.    Recent titles get discounted by $10 to $30. All pre-owned products are buy-2-get-1-free. The store has over 2500 game gifts under $20. Also available are a broad selection of discounted games for $39.99 like Battlefield 3, FIFA Soccer 12, Madden NFL 12, Gears of War 3, and Forza Motorsport 4.  Right now, you can get some great deals at Gamestop including: 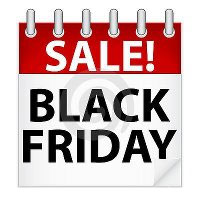 You can get a free camera with a $40 purchase at Old Navy and the doors will open at midnight!  Employees will be passing out wristbands to those waiting in line, and only those with wristbands qualify for the free $100 camera bundle.  There will be a limited supply at each store! If you get a wristband, spend $40 and get a Kodak Easyshare Sport Waterproof digital camera bundle (supplies limited) w/ 3D printing & 3d glasses.

WalMart kicks-off three events starting on Thanksgiving.  Right now you can save on Amazing Online Specials at Walmart.com while Supplies last! Starting at 10 p.m. on Nov. 24, customers can shop for toys, home, and apparel.  Some great deals are: the Xbox360 4GB for $199.96 plus a $50 WalMart gift card, DVDs starting at $1.96, branded Fashion Dolls for $5 each, and lots more. Electronics dominate the next event as the clock strikes midnight.  Tech-savvy customers can’t ignore the impressive deals, like an Emerson 32″ LCD TV for $188, or an 8GB iPod Touch for $195 or the  LG 42″ Class LED-LCD 1080p 120Hz HDTV, 42LV4400 for $549, down $200 this week! And at 8 a.m. Nov. 25, everyone gets to enjoy a marathon session of gift shopping throughout the weekend. One can find extraordinary savings on smartphones, inclusive of a contract, and a $100 gift card along with it.

Our best Wal-Mart idea:  PlayStation 3 – $199.96 at Wal-Mart – Yes, it’s only $50 cheaper than usual, but at least you’ll walk home with an armload of freebies if you buy your PlayStation 3 on Black Friday. That includes a DualShock 3 wireless controller, LittleBigPlanet 2 Special Edition, Ratchet and Clank All 4 One, and a 30-day PlayStationPlus membership. If you don’t want to fight the crowds at Wal-Mart, a number of other retailers, including Sears and Target, offer the same package. Shoppers can rave about the 50 percent discount on select smartphones, $19.99 rampage boots, and the extra 20 percent off dresses. Other deals include designer coats for $79.99, white gold diamond studs for $199, and great discounts on kitchen gadgets.   A limited edition Justin Beiber fragrance gift set is offered exclusively at midnight.  Lucky customers get to receive a copy of ‘under the mistletoe’, and a downloadable bonus track. Macy’s will donate $2 to the Make-A-Wish Foundation for every purchase of the gift set.

The fashion and luxury retailer has lots more in store for its customers at affordable prices.

The world’s leading toy store jumpstarts the season by throwing open its doors at 9 p.m. on Thanksgiving night.   The first lucky 100 customers get a 48-page coupon booklet. Rewards”R”Us  members get exclusive 10 percent cash back and a 2012 Super Savers Pass, on purchases $200 and above.  A free $50 gift card is guaranteed with every purchase of Apple iPod touch. The store also offers amazing discounts on the most sought after toys.  Black Friday’s incredible savings will be between 5 a.m. to 1 p.m. During the weekend, customers get a $100 savings on purchase of the Xbox 360 console.   A Toys “R”Us Thanksgiving weekend circular will be displayed in newspapers Nov. 24, offering nearly 300 deals.

Our best Target idea:  Xbox 360 4GB Game System – $139.99 at Target – Xbox systems are not going to get much cheaper than this. While aging nicely, this system is still immensely popular with gamers and even works as a great set-top box to watch Netflix, Hulu Plus, and downloaded files from your computer on your TV. Other retailers are offering the Xbox 360 for $150 or $200 with a free game, making Target the best place to snag one this year, but if you find yourself somewhere else, it’s probably not worth the $10 savings to run across town.

BestBuy is offering some of the hottest deals on electronics starting midnight.  Movie buffs can enjoy $9.99 specials on DVDs like Green Lantern or Fast Five. Samsung 15.6″ Laptops are priced for just $299.99. Door-busters include $9.99 Blu-ray movies and a $79.99 24-inch LCD television. The retailer, which will open at midnight on Black Friday, plans to show a Harry Potter movie for shoppers waiting in line at select stores.

Another Great Idea from Best Buy:  Asus Transformer Tablet (TF101) – $249.99 at Best Buy – The Asus Transformer still holds its own at this price, which is priced $150 below retail for Black Friday. Yes, it’s still $50 more than the Fire, but the screen is 10 inches instead of 7, you get 16GB of storage instead of 8GB, and it still runs a fast dual-core processor. That’s not to even mention the Transformer’s unique keyboard accessory that plugs in and effectively turns it into a laptop (you can grab it for $99.99 the same day at Best Buy).

Another Great Idea from Best Buy:   Toshiba Smart Blu-ray Disc Player – $39.99 at Best Buy –  Toshiba’s BDX2150 plays Blu-ray plus has built-in Wi-Fi to connect to CinemaNow, Netflix, and Pandora.  Heck, we would pay $40 just for a box that did Netflix.

Toshiba Core i3 Laptop (L755-S5366) – $399.99 at Office Depot – Here’s your best bet in a more upscale laptop. The Core i3 series processor from Intel has great battery life and the integrated graphics even hold their own in some older games. (BTW, the $389.99 HP model at OfficeMax is last year’s Core i3 — FAIL). The L755-S5366 boasts a 15.6-inch display, 6GB of RAM and a 500GB hard drive. Staples offers a 14-inch Core i3 laptop from HP for the same price with less RAM (4GB) and more hard drive space (640GB), which may be a worthwhile tradeoff if you’re looking for something more portable.

Samsung U55D6000 LED HDTV – $1,099.99 at Sears – For this price, the 55-inch Samsung D6000 is one of the best deals out there on Black Friday. It offers a wafer-thin chassis just over an inch deep, LED backlighting, Clear Motion 240, and even Samsung’s full Smart TV suite, which means built-in access to YouTube, Netflix and more. Considering it normally retails for no lower than $1,500, the $400 savings might be one of the best reasons to brave the cold this year.

JCPenney will be giving away free 2011 Disney snow globes to the first people into the store on Black Friday. This Black Friday freebie will be for the first 100-5,000 customers depending on the size of the JCPenney you’ll be visiting.

Pep Boys are having these items free after rebate for Black Friday 2011: