Are you ready for the fireworks on the lakefront on New Year’s Eve in Chicago?  This year, there are two shows (click at bottom for link): 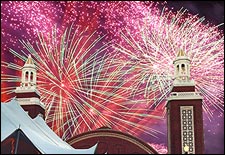 Families can ring in the New Year a little early with this spectacular fireworks display to end the New Year’s Eve Family Bash at Winter WonderFest.

Welcome in 2012 with Chicago’s only lakefront fireworks show on New Year’s Eve.

Families can ring in the New Year a little bit early! Navy Pier presents a spectacular all-ages showcase of dance and live music at the Winter Wonderstage featuring world-class breakdancing and footworking 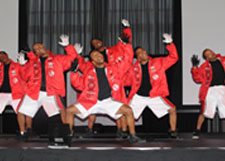 by The Chicago FootworKINGz, Full Effect Entertainment and Boyz of Poison; funk music by Get Up with the Get Downs; cheerleader-style dancing by Cheerobix and go-go dancing by your favorite Winter WonderFest costumed characters. The celebration culminates with a special 8:15pm Family Fireworks show outside on Dock Street.

6pm – 6:40pm: Live funk music by Get Up with the Get Downs (James Brown Tribute)
Go-Go dancing by Cheerobix and the Townsfolk of Winter WonderFest