Whether you are looking for romantic things to do in Chicago, or something more cultural, there are plenty of activities to be found. We love Chicago and one of the things that Chicago has in quantity is excellent museums.  The museums in Chicago are among some of the best in the world so please see below for our  list of the top 10 museums in Chicago. 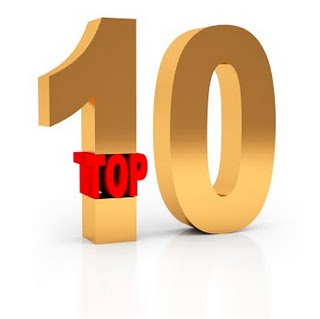 1.  The Art Institute of Chicago

How’s this for built-in décor: the largest, most complete T. Rex fossil ever discovered! This historic museum has attracted much attention with its permanent exhibits that include Brachiosaurus and many other skeletons, and a walk-through time machine experience that takes visitors on journey through prehistoric time. The Field Museum is wonderful for young children, large groups, couples on dates, or an adult who has an afternoon to kill. The Field has everything from native costumes to prehistoric animals to extinct animals (taxidermy) to Egyptian mummies to geology. (312) 665-7600, FieldMuseum.org

3.  The Museum of Science and Industry

Although the exhibits promote scientific knowledge, most have an interactive element that makes them especially fun for families. But it’s not all computers and technology. Some of the classic exhibits — the underground re-creation of the coal mine and the World War II German U-boat — have been attracting crowds for generations.  This hands on museum is absolutely excellent. Ensure you have an entire day to explore the huge campus. They have everything. A few mentions amongst many exhibits are dissected human bodies, a thirteen-foot heart, a scale model of Chicago, a synthetic tornado, an Egyptian exhibit, agricultural areas, a chick hatchery and a full size Boeing 727!  (773) 753-2583, MSIChicago.org

4.  The Museum of Contemporary Art

When this museum opened in its new aluminum-lined facility in 1996, it became the country’s largest museum of contemporary art. Featured works go far beyond two dimensions and include such diverse media as sculpture, photography, dance, performance, and music. Three large exhibition floors showcase more than 7000 objects, including pieces by Sol LeWitt, Alexander Calder, Jeff Koons, and Rene Magritte. Don’t miss the sculpture garden, which covers more than an acre. If you’re there in the summer, check out the summer solstice celebration that includes a number of unique, art-related events. (312) 397-3855, MCAChicago.org

A world-class aquarium, the Shedd connections with 32600 animals, from whales to snails, from the world’s fresh and salt waters.   There’s definitely a lot to take in, whether you’re just looking at the animals, reading up, or asking about them. There are some great stories about some of those that are survivors or just permanent residents there.   Highlights include the Caribbean Reef tank & huge shark tank which curves in such a way that if you stand right up to it, it feels almost as if you are in the tank yourself.

This is one of the most popular museums in Chicago. Visitors will see why as they step aboard an observation deck of a futuristic starship and enjoy the beauty of being surrounded by the universe in the Deep Space Adventure exhibit.

Built into a slope that was once the site of an ancient sand dune — and part of the shoreline of Lake Michigan — this museum bills itself as “an environmental museum for the 21st century.” Most of the exhibits are very hands-on, making this a good stop for active kids (most exhibits are designed for children rather than adults). Shaded by huge cottonwoods and maples, the sand-colored exterior, with its horizontal lines composed of interlocking trapezoids, resembles a sand dune. Rooftop-level walkways give strollers a view of birds and other urban wildlife below, and paths wind through gardens planted with native Midwestern wildflowers and grasses.
(773) 755-5100, NatureMuseum.org

When looking for things to do in Chicago with kids, this should be at the top of the list. Children will love the hands on exhibits as they splash, climb, build and explore as they discover the world around them.

If you need to get a feel of how an old train car looked and felt, go here! If you want to hear about the riots of 1968 during the democratic national convention, go here! If you want to learn about anything Chicago, take a visit to the Chicago History Museum (formerly known as the Chicago Historical Society).  The Chicago History Museum stands at the crossroads of America’s past and its future. If you live in Chicago or visit here and are curious about the city’s past, present, and future, the Museum should be your first stop.  (312) 799-2254, ChicagoHistory.org

With more than 5000 artifacts such including photography and folk art.

Check out the Great free museums in London UK