The United States Olympic Committee, USA BMX and USA Cycling have joined forces to celebrate this year’s Olympic Day, which is June 23rd!   The goal of Olympic Day is to promote Olympic values and 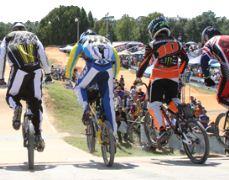 participation in sports across the globe regardless of age, gender or athletic ability. Enjoy some Free BMX Bicycle Race Days on behalf of USA BMX (June 22-July 1st) at over 300 participating BMX tracks across the U.S. and Canada!