If you are as discouraged as us over the bad iPhone map program, there is good news for Chicago area iPhone users!  You’ll recall that Google Maps was kicked out of the App Store after iOS 6 debuted in September. Apple replaced it with its own Maps app as the default navigation program for iOS.   But Apple Maps proved to be a wrong turn for the company following complaints of missing locations, faulty images, 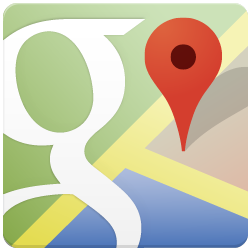 bad directions, and a host of other glitches.   Apple was forced to fess up to its Maps mess, even going so far as to recommend that users turn to other Maps apps as alternatives.  BUT THE NEWS IS GOOD TODAY!  Google Maps now has their Apple approved app in the App store and available for download.   Google Maps didn’t take long to capture the top spot among free iPhone apps.

Driving back into iTunes earlier today, the app had already reached first place after the first several hours. It’s also garnered over 10,000 reviews at this point, almost all of them earning five stars.   The new app offers all of the features that made it an iOS standard in the past but with a cleaner look and feel.  You can search for your destination by typing or speaking it. The app handles specific addresses as well as the names of businesses and landmarks. You can also tell the app whether you’re driving, walking, or taking mass transit. In return, Google Maps provides you with spoken turn-by-turn directions.   You can quickly switch your view from traffic to public transit to satellite. In Street View mode, you can swipe your way around 360-degree panoramas of different locations.