Comcast said it is making more than 1,000 Wi-Fi hotspots available in the Chicago area for its high-speed Internet customers and giving free access to the network for non-subscribers through the Fourth of July.   Comcast Internet subscribers won’t be charged to access its Xfinity Wi-Fi service, while non-Comcast subscribers can use the hotspots for free between May 24 and July 4, reported the Chicago Tribune. After the promotional period, non-subscribers will get two free hours of Wi-Fi per month. 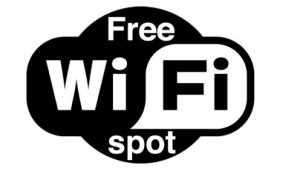 Many of the hotspots are at small- and medium-size businesses and have a range of several hundred feet. Users can look up locations at www.xfinity.com/wifi and search for networks named “xfinitywifi” or “cablewifi” on their laptops and mobile devices.The free Wi-Fi access through July 4 is part of a larger promotion that will begin Friday in several other markets, including New Jersey, California, Philadelphia, and Boston, according to FierceCable. Last summer, Comcast also offered free Wi-Fi to non-subscribers during the Summer Olympics, which helped boost viewership of the event for its NBCUniversal broadcast division.