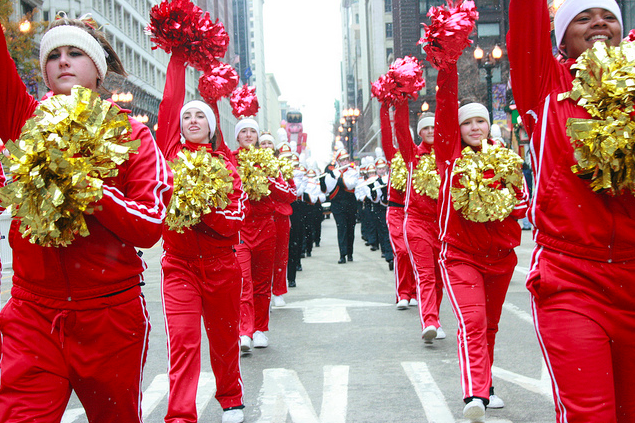 A dozen loveable character balloons, top marching bands from across the country, festive floats, cultural groups, equestrian groups, theatrical performances and celebrity guests, plus over a thousand dedicated volunteers, all marching through the Loop, make the McDonald’s Thanksgiving Parade an annual celebration for the whole family. For those not in Chicago, the parade is broadcast, in its entirety, live for three hours on WGN 9 Chicago and WGN America.

This year, the Parade’s Grand Marshal is Drew Sidora, star of VH1’s biopic about TLC, CrazySexyCool, as Tionne ‘T-Boz’ Watkins. CrazySexyCool aired on October 21 and was highest rated telecast for the network in the last five years, averaging 4.5 million total viewers. Sidora is also known for her recurring role on the sitcoms The Game and That’s So Raven and for her role in Fox’s Nurses. Some of her film credits include Never Die Alone (2004), White Chicks (2004) and Wild Hogs (2007). She received rave reviews for playing dancer Lucy Avila in the hit Disney feature Step Up (2006).

Originally called the Christmas Caravan in the 1930s, the Parade was created in 1934 to help lift the spirits of residents suffering through the Great Depression. Since then, 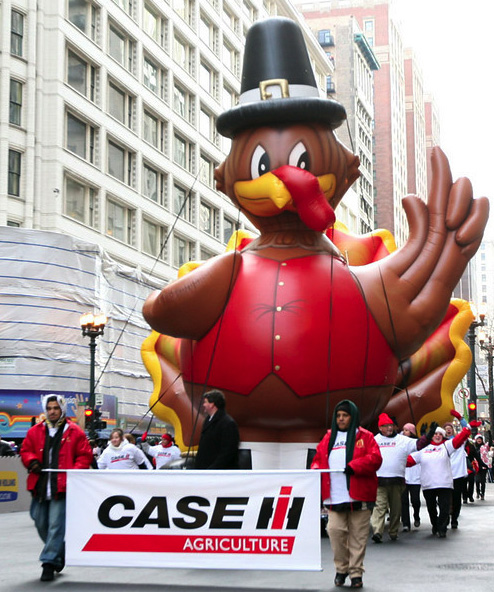 it has developed into a full-scale spectacle that celebrates the holiday season. What once started out as an attempt to boost Chicago’s economy has evolved into a cherished holiday tradition for Chicagoans and Americans alike. The Parade includes performers and special guests representing every part of the country, as well as representing many cultures from around the world. Over 20 different cultures were represented in the 2012 Parade.

Staged Performances —  Parade opens with a bang: the ever popular Ringling Bros. and Barnum & Bailey returns to present “Built to Amaze,” the 143rd production of “The Greatest Show on Earth.” Other staged performances kicking off the Parade include the cast of Chicago’s hit rock n’ roll musical Million Dollar Quartet, as well as the Coast2Coast Dancers, Circle Theatre, Emerald City Theatre’s Rudolph the Red-Nosed ReindeerTM : The Musical, the Kilgore College Rangerettes, Light Opera Works‘ Annie Get Your Gun, Pastor Fredrick Wilson & Chicago Christian Choir’s All Over The World, Black Ensemble Theater’s performance of Jackie Taylor‘s The Story of Curtis Mayfield, The Joffrey Ballet’s The Nutcracker, Hromovytsia Ukrainian Dance Ensemble, Theatre at the Center’s A Christmas Carol and the dramatic drummers of Tsukasa Taiko.

Equestrian —   Joining the throng of majestic horses this year are the powerful and elegant Budweiser Clydesdales. Marching with them on the route will be 13 different equestrian ensembles, including the Culver Lancer Platoon Mounted Color Guard (new this year), Red Hats & Purple Chaps, the adorable Bertrand’s Miniature Horses and more.

Balloons — And what’s a parade without the fantastic giant balloons? Twelve balloons in the Parade include Curious George, Tazmanian Devil, Tweety, Madeline, Sid the Science Kid, Arthur and more. Making their World Premiere this year are Foofa, Garfield and Pooky and Pac-Man. Watch out for these characters, presented by Case New Holland, as they head down State Street.   Supporting sponsors of the McDonald’s Thanksgiving Parade includes McDonald’s Owner/Operators of Chicagoland and Northwest Indiana, CNH INDUSTRIAL, OneMain Financial, and Zicam.

Broadcast — WGN-9 Chicago airs the Parade live and in high definition from 8 to 11 a.m. (CST) Thursday, November 28. WGN America also broadcasts the Parade nationwide, establishing it as one of only three parades in the country to be covered live, in its entirety, on a national television broadcast (along with Macy’s Thanksgiving Day Parade in New York City and The Tournament of Roses Parade in Pasadena, CA). The Parade streams live online at www.wgntv.com and CLTV rebroadcasts the parade from 2 to 5 p.m.