Many stores will be open on Thanksgiving Day in Chicago in 2013. Despite an onslaught of complaints, many Chicago area stores will start their “Black Friday” sales and open their doors to the masses on Thursday.   A few will open early in the day on Thanksgiving—incredibly, Kmart’s will be open at 6 a.m., Old Navy’s open at 9 a.m.—while the majority of national retailers are opting for evening sales launches. Toys R Us is going with a 5 p.m. opening, Walmart, Best Buy, Sports Authority, and many outlet malls kick off sales at 6 p.m., and a wide range of retailers, including J.C. Penney, Kohl’s, Macy’s, Sears, and Target, open at 8 p.m. on Thanksgiving.

Some states regulate retail on Thanksgiving — Thanksgiving Day shopping isn’t available everywhere. As the Providence Journal reported, laws in Rhode Island, Massachusetts, and Maine ban most stores from opening on Thanksgiving (Christmas too). 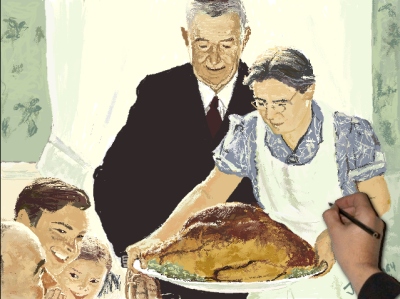 So the Black Friday sales in these states will actually start on Black Friday—typically as soon as it’s officially Friday, with national retailers shooting for midnight or 1 a.m. openings.

Some retailers refuse to open on Thanksgiving. Perhaps out of principle, perhaps to reward (or not annoy) employees, perhaps because it provides some good PR, perhaps because doing otherwise would yield insignificant profits, a handful of national retailers have made a point out of the fact that they will most certainly not be open on Thanksgiving. The list of stores refusing to put “sales on Thanksgiving above family time,” in the words of one anti-holiday hours retailer, includes Costco, B.J.’s Nordstrom, P.C. Richard & Sons, Home Depot, T.J. Maxx, and Dillard’s.

Here are the top 20 BLACK FRIDAY deal items we have found:

Stores will remain open until 10 p.m. on Black Friday.

Deals: BestBuy will hand out tickets to certain items two hours before it opens. There are three types of deals:

— Doorbuster deals on electronics when the store opens.

— A ‘mystery doorbuster’ deal that will be announced after 11 p.m. Eastern, both in-stores and online.

— Another round of doorbuster deals at 10 a.m. on Black Friday.

Target is open until 11 p.m. on Black Friday.

Deals: All in-store deals will be featured on Target’s Web site starting Thanksgiving morning. On Black Friday, purchases worth $75 or more get a 20 percent discount the week of Cyber Monday.

More: Target, Kohl’s and other stores added to the holiday frenzy earlier this month.

The discount retailer opens earliest of all and will keep its doors open until 11 p.m. on Black Friday, a total of 41 hours. Many of its Black Friday discounts were offered to loyalty program customers and app users in the week leading up to Thursday.

6 a.m. to 5 p.m. — Discounts on specific items, including tablets and televisions.

More on the best tech deals this year here.

‘Deals: This year, 21 items will be available under the store’s one-hour guarantee offer, where certain items are guaranteed available to shoppers, either on the day itself or before Christmas. Wal-Mart also says it will give customers wristbands before 6 p.m. to reserve some products. Shoppers can come back to the store when the deals begin to pick up their items.

There are three stages of in-store deals:

6.p.m. to 7 p.m. — The one-hour deal guarantee will apply to items such as video games, tool sets and home appliances.

8 p.m. to 9 p.m. — One-hour deal on most big-ticket electronic items, such as TVs, digital cameras, and headphones.

8 a.m. on Black Friday — Discounts on iPhones, Christmas ornaments and other items.

This year marks the first time that Macy’s is opening on the holiday, and store hours will vary across the country.

Deals: Discounts will be available from the time stores open up to 1 p.m. on Black Friday. Macy’s will also have two rounds of morning discounts — between 5 a.m. and 1 p.m. on Friday and 7 a.m. to 1 p.m. on Small Business Saturday.

Deals: Kohl’s will pay for the purchases of four randomly-selected customers at each of its stores starting 8 p.m. on Thanksgiving, and four online shoppers.

Online and in-store discounts will run through 1 p.m. on Black Friday.

Deals: Like its sister retailer Kmart, many discounts were available to Sears’s loyalty program customers this week. Online doorbuster deals (for everyone) will kick off on Wednesday evening at 7 p.m. Eastern.

Deals: Doorbuster deals will be available from opening time to 2 p.m. Eastern on Black Friday. The department store brings back its tradition of giving Black Friday shoppers Disney snow globes, starting at 4 a.m.

More: J.C. Penney has a lot riding on its holiday sales.

Deals: The toy store’s Black Friday deals will kick off online at 12:01 a.m. on Thursday. Stores will have doorbuster deals between 5 p.m. and 9 p.m. on Thanksgiving. A second round of deals will start at 5 a.m. on Black Friday. Discounts last Thursday through Saturday.