This Saturday, November 30, 2013,is Small Business Saturday in Chicago, a day set aside since 2010 between Black Friday and Cyber Monday to encourage Chicago area shoppers to spend their holiday money at local mom-and-pop stores on clothing, jewelry, toys, accessories and other merchandise.    American Express, which started Small Business Saturday in part to help small retailers during the economic downturn; the NFIB; and the federal Small Business Administration estimate that nearly 70 million customers spent $5.5 billion nationwide last year at small, independent stores during the event. 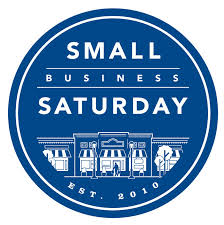 “It’s the buying-local concept, that personalized service, that circle of money that stays more in the community,” Aldridge said. “You’re helping take care of your friends that you know in the community.”

Before the recession, a small-scale study in the Chicago neighborhood of Andersonville found that more than two-thirds of the money customers spent with local companies remained in the Chicago economy; 57 cents of every dollar spent at chain stores left the Chicago area, according to Civic Economics, economic development consultants with offices in Chicago and Austin.