Make sure to catch 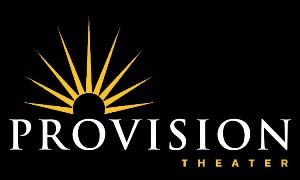 the acclaimed Provision Theater‘s “A Christmas Memory and The Thanksgiving Visitor as one of the best shows in Chicago Theater This Weekend.   ONLY 9 SHOWS LEFT in this wonderful Chicago holiday tradition….

Chicago Theater This Weekend SYNOPSIS: Thanksgiving and Christmas mean something different to everyone. For seven year-old Buddy, it means a new home and a new family. When his mother drops him off with her somewhat eccentric family at the edge of a small town, Buddy’s first friend becomes his best friend – he develops an unforgettable relationship with his elderly cousin, Miss Sook Falk. The two find themselves on one amazing adventure after another, proving that friendship is the greatest gift of all. Based on the best selling books by Truman Capote, A CHRISTMAS MEMORY and THE THANKSGIVING VISITOR center on the author’s early years growing up in Monroeville, Alabama. Adapted and Directed by Timothy Gregory.

Chicago Sun Times- Highly Recommended for Chicago Theater This Weekend “…Truman Capote may have been the fabled, often decadent mascot of New York’s high society and literary worlds from the late 1940s until his death in 1984, but at his core he was a child of the South. Among the loveliest evocations of his early years in rural Alabama are two holiday stories — “A Christmas Memory” (penned in 1956) and “The Thanksgiving Visitor” (from 1968) — now in beguiling stage adaptations at Provision Theater.”

ChicagoCritic- Highly Recommended “…Take your family to see this sweet holiday show that celebrate the human spirit as it defines the true values of the winter holiday season. It is so refreshing to see an original holiday show so well acted. You might end up with one of Sook’s fruit cakes.”

Chicago Reader- Highly Recommended “…As staged by Tim Gregory for Provision Theater, this evening of Truman Capote’s best-loved autobiographical short stories takes a while to find its legs. But boy howdy, does it deliver in the end. That’s mostly thanks to Peggy Roeder’s enchanting, heartbreaking performance as Sook, the elderly, somewhat addled, completely kindhearted cousin of Capote stand-in Buddy–a lonely, bullied child growing up in the rural south during the Depression.” 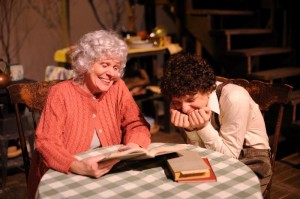