Northwestern University will host a Q&A with Eric Whitacre, in association with the Apollo Chorus of Chicago (Stephen Alltop, Music Director) and Music Productions Ltd.  Eric Whitacre is one of the most popular and performed composers of our time, a distinguished conductor, broadcaster and public speaker. His first album as both composer and conductor on Decca/Universal,  Light & Gold, won a Grammy® in 2012, reaped unanimous five star reviews and became the no. 1 classical album in the US and UK charts within a week of release. 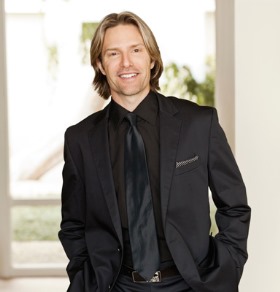 His second album, Water Night, was released on Decca in April 2012 and debuted at no. 1 in the iTunes and Billboard classical chart on the day of release. It features seven world premiere recordings and includes performances from his professional choir, the Eric Whitacre Singers, the London Symphony Orchestra, Julian Lloyd Webber and Hila Plitmann. His compositions also feature on multiple other recordings made in Europe, North America and Australasia.

Whitacre is that rare thing, a modern composer who is both popular and original.
– The Daily Telegraph, London

Eric will speak about his music and rehearse Lux Aurumque with the Apollo Chorus followed by a Q&A.   The event will take place on Tuesday 4 February 2014 from 7:00pm to 8:30pm in the Alice Millar Chapel at Northwestern University.

Entry is free of charge however tickets are required. Tickets for this event may be reserved by emailing whitacre20414@gmail.com.