Here is your chance to get a free game for your iPhone, iPod Touch, or iPad….   The rebirth of the legendary action-platformer! Continue the age old saga of a wanderer who was born a Prince.   Montreuil, France-headquartered games publisher Ubisoft just released Prince of Persia: The Shadow and the Flame, its highly-anticipated reboot of the award-winning Prince of Persia game franchise and you can get it FREE below. 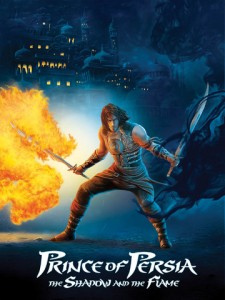 The new iPhone, iPad and iPod touch game has already scored some raving reviews from the specialized press and is highly recommended to gamers who are in the market for an action adventure with console-grade graphics, interesting storyline and challenging puzzles.

It should be an impulse purchase for fans of thePrince of Persia franchise like us.    Prince of Persia: The Shadow and the Flame continues the age old saga of a wanderer who was born a Prince. It’s being billed as a pick up and play adaptation of the 1993Prince of Persia classic so you pretty much know what to expect: lots of running, climbing, swinging, vaulting and jumping from rooftop to rooftop.  In total, fourteen levels are scattered across five distinct environments.