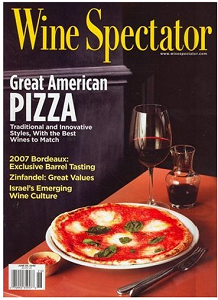 You don’t need a rewards password. Wine Spectator is an American magazine specializing in tasting notes, industry news and wine-personality profiles. The magazine was founded by Bob Morrisey in 1976, and sold just three years later to Marvin Shanken, who moved the operation to its current headquarters in New York.    Each year the announcement of the magazine’s Top 100 Wines, and Wine of the Year is eagerly awaited. For this year’s results, see: Wine Spectator Top 100 Wines 2013.

All 15 editions of Wine Spectator published each year include more than 400 tasting notes, and in some cases upwards of 1000. The wine critics who figure among Wine Spectator’s tasting and reviewing panel are James Laube, Harvey Steiman, Bruce Sanderson, Kim Marcus and James Molesworth. James Suckling wrote for the magazine between 1981 and 2010 but now has an independent website. Wine Spectator’s online presence is at Winespectator.com.