Come out and enjoy some free theater in Chicago.  Oracle Theater was incorporated as a not-for-profit theatre company in early 2005, and the company has grown to become a diverse cultural center with programs that connect artists and audiences in several mediums including theatre, film, performance art, dance, and gallery exhibitions. In October 2010, Oracle launched a new business initiative called 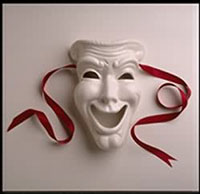 Public Access Theatre, which makes live performing arts events free to the public. All tickets are paid for by members of The Forty 4 at Oracle, which is a sponsorship program supported by members who contribute as little as $5 per month.

NO BEAST SO FIERCE