While the Chicago Cubs don’t know who their opponent will be as they return to the NLCS for the first time in 12 years, we have pulled together what you need to know.  We do know when the NLCS series will begin: the games will be the first time Wrigley Field has ever hosted a game later in the year than Oct. 15, so if the city of Chicago thought the season leading up to this was invigorating, we haven’t seen anything yet.   Regardless of who wins the other NLDS, the Cubs will play Game 1 on the road on Saturday. Like the NLDS, the entire series will air on TBS, but game start times won’t be determined until after the conclusion of the  Mets/Dodgers series.    Game 2, also on the road for the Cubs, will be the following day, Sunday, Oct. 18.    The series will head to Wrigley for Game 3 on Tuesday, Oct. 20, and Game 4 will be Wednesday, Oct. 21, also in Chicago.   If necessary, Game 5 would be played at Wrigley on Thursday Oct. 22, while games 6 and 7 would be on the road on Saturday, Oct. 24 and Sunday, Oct. 25, respectively. 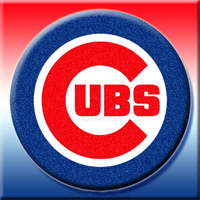 WHAT YOU NEED TO KNOW:

2. Cubs await the winner: The Los Angeles Dodgers beat the New York Mets on Tuesday night to force Game 5 on Thursday in Los Angeles. The winner will host the Cubs on Saturday. The Cubs will practice at Wrigley Field on Thursday before flying out Friday morning.

3. Expensive Tickets: We don’t even know who the Cubs will play in the NLCS, but it doesn’t matter. Seems fans will pay anything to see a potential piece of history. Cubs ticket prices in the secondary market are already the highest ever tracked by a large margin, according to TiqIQ. The average price for a ticket to any of the three NLCS games at Wrigley Field is $1,325.93, almost double TiqIQ’s previous high of $687.15 for the San Francisco Giants in 2012.
The most inexpensive ticket for Game 3 is about $500. The most expensive: an infield box is going for $11,000.

4.  Where to Buy Tickets:   The bad news first. It’s too late to apply for a chance at NLCS tickets through the Cubs’ website, though you can apply for World Series tickets through Oct. 16.   Good news, there are still resale markets like StubHub, which has some tickets for Game 3 at Wrigley (scheduled for Tuesday, Oct. 20) starting at $449, and Game 4 (Wednesday, Oct. 21) at $485.     Tickets on VividSeats for Game 3 and Game 4 start at similar prices.

5. Home-field advantage: No matter the outcome of Thursday’s game between the Mets and Dodgers, the Cubs will begin the NLCS on the road for Games 1 and 2, with Games 3-5 slated for at Wrigley Field. If needed, Games 6 and 7 would be back on the road. Because both the Dodgers and Mets were division winners, they have home-field advantage over the Cubs despite their inferior regular-season records. (The Cubs finished 97-65, the Dodgers 92-70 and the Mets 90-72)

7. The roster: The Cubs can re-work their roster, but don’t expect many changes unless Jason Motte is available; he’s been recovering from a shoulder ailment. The Cubs could reconsider adding pinch-running specialist Quintin Berry, but that’s not likely, either. The layoff means Addison Russell will have extra time to recover from a tight hamstring.

8. Game 1 starter: The Cubs haven’t indicated who would start Game 1, but bothJon Lester and Jake Arrieta should be ready. Arrieta would be on normal four days’ rest while Lester hasn’t thrown since Friday.

9.  Cubs will have to win some road games to get to the World Series:  The Cubs won more games than the Dodgers and the Mets this season, but they will be the road team in the NLCS. The Cubs were a wild card team after finishing behind the Cardinals and Pirates in the standings, but being the road team has not hurt so far. The Cubs won in Pittsburgh against the Pirates and the team was also able to take a game in St. Louis before winning two in Chicago.

10.  Parking and Public Transportation:  Because of limited game day parking, Cubs officials recommend public transportation whenever possible, said team spokesman Julian Green.   City of Chicago public safety officials echoed that sentiment.   Because of the crowds expected for the playoffs, officials also said they are working with the team to coordinate a plan “to ensure a safe and enjoyable time for fans and residents,” according to a statement issued by Melissa Stratton, director of news affairs for the Office of Emergency Management and Communications. “As always, public transportation is strongly encouraged, and officials remind those visiting the community to celebrate respectfully.”   Green said, “given the unique location of Wrigley Field … parking has always been a challenge.”  Recent construction at the field has led to the demolition of two of the nearby lots that the Cubs operated. A third has been designated for players. The remaining lot — the green lot — will not be available in the postseason except for season ticket holders, media, Major League Baseball officials and other guests, Green said.

However, the team will continue to operate its free, remote parking lot and shuttle service for 1,000 cars at 3900 N. Rockwell St., he said.   The CTA will provide extra service on the No. 80 Irving Park and No. 152 Addison bus routes Monday and Tuesday, said spokesman Jeff Tolman. Also, more frequent rail service will be provided on the northbound Red Line on Monday if the game begins at 5:07 p.m. and Tuesday if the game begins at 7:07 p.m., Tolman said.   Metra isn’t planning any service changes for its trains Monday. Pace planned to extend its Wrigley Field Express suburban bus service through the playoffs “considering it’s a huge demand right now,” said spokesman Dennis Avalon.   But the agency later said it could not provide the service for Monday and Tuesday games because of the early starting times. The agency did not have enough buses to accommodate its regular rush-hour and school service as well as the Wrigley Field Express.