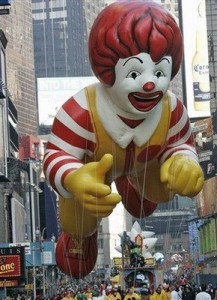 1. Free 2015 Thanksgiving Day Parade in Chicago on Nov 26, 2015
If you are in Chicago and looking for things to do over Thanksgiving, make sure to start a great tradition by enjoying the McDonald’s Thanksgiving Day Parade,which takes place from 8-11am on November 26, 2015. The parade route is on State St from Randolph to Congress, Chicago. More than 400,000 visitors are expected to line the route for this annual televised event, which features marching bands, equestrian units, floats, performance groups, celebrities and everyone’s favorite Thanksgiving parade staple, enormous helium balloons.

2. The 2015 Christkindlmarket in Daley Plaza in Downtown Chicago 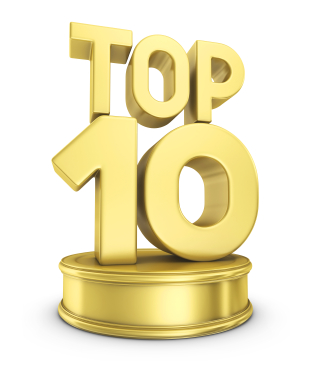 3. Chicago’s Field Museum is Open on Thanksgiving Weekend
The Field Museum is open 364 days a year (Closed on Christmas). Last admission is at 4pm daily. The Field Museum has FREE ADMISSION on Nov 22 before Thanksgiving and will be open 9a-5p on Friday, November 27, 2015 and Saturday, November 28, 2015. See how we put science into action in Abbott Hall of Conservation Restoring Earth, journey through 4 billion years of life on earth in Evolving Planet, fall in love with ants in The Romance of Ants, see SUE the T. rex, climb down an ancient egyptian tomb in Inside Ancient Egypt, and so much more.  SCIENCE NEWSFLASH– They are the “Mona Lisas” of meteorites – out of over 50,000 known meteorites, only 101 of them are fossilized, and four of them are now on display at The Field Museum. The meteorites, which fell to Earth nearly 500 million years ago, are typically found in one location – a limestone quarry in southern Sweden. Learn more about this discovery in our latest Science Newsflash on display in Stanley Field Hall.   The Field Museum is located at 1400 S. Lake Shore Drive, Chicago, IL 60605, 312-922-9410.

Check out the free ice skating in Millennium Park in Chicago this holiday season that starts on Nov 13, 2015. The McCormick Tribune Ice Rink in Chicago, now in its 12th season, is open on Thanksgiving and draws over 100,000 skaters annually.  Kicking off Chicago’s winter season, the McCormick Tribune Ice Rink in Millennium Park will open on Friday, November 13, 2015 and will remain open through mid-March 2016, weather permitting. This rink is free and open to the public. The rink, located on Michigan Avenue between Washington and Madison Streets, will still offer skate rental for only $12.

5. Volunteer —  One of the most rewarding things to do on Thanksgiving Day is to volunteer at a soup kitchen or homeless shelter. There’s no better time than Thanksgiving to teach our kids about thankfulness and get them involved in giving back. There are plenty of ways to help our Chicagoland community, from soup kitchens and canned food drives to pet and pajama donations.

6. 2015 Christmas Carolling at Cloudgate aka The Bean

Mark your calendars for Thanksgiving Weekend! Come out and enjoy 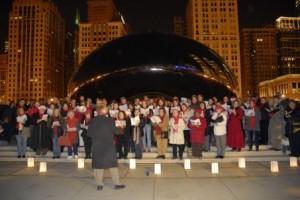 an annual Chicago holiday tradition in 2015 in Millennium Park.  Celebrate the holidays in Millennium Park, when Caroling at Cloud Gate returns on Friday evenings from November 27 through December 18, 2015 at 6 PM during the holiday season. This free program, presented by the Chicago Department of Cultural Affairs and Special Events, in partnership with the Chicago Office of Tourism and Culture, showcases Chicago choral groups and invites visitors to participate in a holiday sing-along.   Now in its tenth season, Caroling at Cloud Gate has become a cherished tradition in Chicago, with hundreds of singers gathering each week in the Park.Following the 60-minute caroling session, everyone is encouraged to skate at Millennium Park’s McCormick Tribune Ice Rink, one of the most popular winter destinations in the city.  6pm on Friday Nov 29, Millennium Park, Chase Promenade

7. Kick Back and Watch a 2015 Thanksgiving Day NFL Football Game NFL games are as much a part of Thanksgiving as turkey, mashed potatoes, and pumpkin pie. This year’s 2015 Thanksgiving Day features a heaping helping of intriguing matchups, starting with our own Chicago Bears against the Green bay Packers, with earlier games including followed by the Eagles in Detroit and concluding with the Seattle Seahawks at the 49ers Panthers taking on the Dallas Cowboys.

8. Join the Runners at the 2015 Turkey Day Run Chicago
Like most cities, Chicago hosts “turkey trot” races and fun runs on Thanksgiving morning.  The Chicago Turkey Trot, now called the 39th Annual Turkey Day Run Chicago celebrates its 40th year in 2015 with an 5k and 8k race in Lincoln Park on Thanksgiving 2015 morning. Warm up your Thanksgiving appetite with the Turkey Day 5K and 8K! The Turkey Day Run Chicago brings family and friends together to start the day in a healthy way. Come dressed the part, and join runners, joggers and walkers for some lighthearted run. We can’t anticipate the weather, but we can guarantee fun.    Organizers ask participants to bring non-perishable food for donations around the Chicago area. The 2014 race included more than 5,000 participants and collected more than 10,000 pounds of food, according to the race website.

We’re also bringing back the turkey tailgate zone, featuring a variety of games for the whole family, including:

The Turkey Day Run Chicago will take place in beautiful Lincoln Park along the shores of Lake Michigan. The start and finish line will remain on Cannon Drive, north of Fullerton.    Participants will head south towards Fullerton Ave, turning east towards Lake Shore Dr. At Fullerton and Lake Shore, runners will turn left onto the north bound entrance ramp onto Lake Shore Drive.  Runners will continue along the curb traffic lane of Lake Shore Dr. for about 1.5 miles from Fullerton to Recreation Dr.    After exiting Lake Shore Dr. at Recreation Dr. runners will  immediately turn south along the Lake Front Path.  The course continues through Lincoln Park along the Lake Front Path passing beautiful Belmont Harbor and continuing south to a point north of Diversey where runners will enter Inner Lake Shore and continue south to the finish line. Organizers hold the race regardless of weather conditions in the Windy City.   Cost is $20 to $45. Proceeds go to Greater Chicago Food Depository. Participants can also bring canned goods to the race to donate. 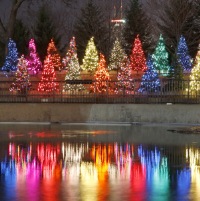 The day after Thanksgiving, Lincoln Park Zoo kicks off their annual, free ZOOLIGHTS 2015 holiday celebration, featuring luminous displays and holiday-season activities throughout the zoo grounds.  They will flip the on switch for free holiday fun on November 27, 2015.     This amazing free light show at Chicago’s free Lincoln Park Zoo is a holiday favorite in Chicago and part of many family traditions.

This year marks the 102nd anniversary of the Chicago Christmas Tree, so we expect a some pretty special stuff during this event. The ceremony begins at 6 pm on November 24th in Millennium Park this year, although you can also watch from the comfort of your home (which you may want to do if it’s typical November weather!).