Any Kelly Clarkson fans out there in the Chicago area?  Right now, the Google Play store is offering a FREE download of Kelly Clarkson’s Wrapped in Red album. Includes the songs Run Run Rudolph, White Christmas, and Silent Night. 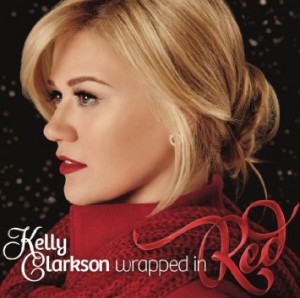 To get this freebie you must create an account, which includes adding a form of payment. You will not be charged for free items. This offer will be available while supplies last.

A LITTLE BACKGROUND ON THE WRAPPED IN RED ALBUM

Wrapped in Red is the sixth studio album by American recording artist Kelly Clarkson, released on October 25, 2013, by RCA Records. The album is a follow-up to her first greatest hits album, Greatest Hits – Chapter One, and its companion extended play, The Smoakstack Sessions Vol. 2. Produced by Greg Kurstin, it is her first Christmas album and her first record to be solely released by RCA. Wrapped in Red consists of sixteen tracks, featuring five co-penned original songs and eleven cover versions of Christmas standards and carols, two of which are duets featuring recording artists Ronnie Dunn, Reba McEntire and Trisha Yearwood.

Weary of constantly being asked for her primary genre, Clarkson had long-desired to record a Christmas album as a means to defy genre limitations. She commissioned Kurstin, who had studied jazz music under the tutelage of Jaki Byard, to produce the entire album. Drawing inspirations from the soundtracks to the features A Charlie Brown Christmas and White Christmas, as well as the Christmas albums by Mariah Carey, McEntire, and Phil Spector, they experimented on various styles and sounds using Spector’s famed Wall of Sound technique to a create a contemporary holiday theme to classics. The Christmas music of Wrapped in Red comprises a variety of the genres such pop, jazz, country, and soul, marking a departure from the pop rock sound established from her previous studio albums; while its lyrics share a singular theme of the color red, which represents a plethora of emotions during the holidays.

Wrapped in Red is Clarkson’s most critically successful album to date, with music critics lauding its original songs as prospective Christmas standards. It became a commercial success in the United States and Canada, where it debuted on the Billboard 200 chart at number 3 and topped the Billboard Top Holiday Albums chart with 70,000 copies sold in its first week of release. For nine consecutive weeks, Wrapped in Red stayed on the top ten of both charts and was certified platinum by the Recording Industry Association of America and Music Canada. By the end of 2013, it became the year’s best-selling Christmas release in the United States and the second best-selling Christmas release in Canada. Its lead single “Underneath the Tree” became an international top forty Christmas hit song and was radio’s most-played new holiday song of 2013. In promoting Wrapped in Red, she appeared in red dresses on various televised appearances; and filmed an accompanying television special, Kelly Clarkson’s Cautionary Christmas Music Tale, at The Venetian Las Vegas, which premiered on NBC on December 11, 2013. In 2014, Clarkson released the titular track as the second single and to hosted an annual Christmas benefit concert, Miracle on Broadway, at the Bridgestone Arena on December 20, 2014.