Winter Storm Jonas shut down Bruce Springsteen and the E Street Band’s performance at Madison Square Garden, but The Boss, as always, decided to do something good for the tri-state area. Springsteen announced on Twitter today that he would put his January 19 performance at Chicago’s United Center up as a free download from his site for the next two days. The stop on The River Tour includes performances from throughout Springsteen’s catalogue and the singer’s cover of “Take It Easy,” which he and the band performed as a tribute to the late Glenn Frey. Tonight’s show is yet to be rescheduled, though Springsteen has another performance at Madison Square Garden planned for January 27. 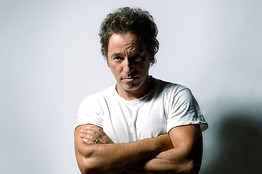