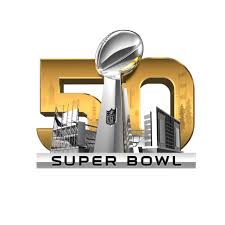 Here’s how to watch Cam Newton’s Carolina Panthers take on Peyton Manning’s Denver Broncos, in every which way possible—for free:

How to watch in the US

CBS will broadcast the game on TV, which you can access with any pay-TV subscription or an HD antenna. If you’re a PlayStation Vue or Comcast Stream subscriber, you also get CBS. ESPN Deportes will televise the Spanish-language broadcast.

But, if you plan to stream the game, here are your options, by device:

On your PC: The game will be streamed on CBSSports.com. You don’t need a pay-TV subscription—it’s available for free to everyone in the US. Like NBC last year, CBS is touting its effort to make the game available everywhere.

On your tablet: The stream on CBSSports.com will be available on tablets too. If your tablet runs on iOS, Android, or Windows, you’ll be able to stream the game through the CBS Sports app as well.

On your Xbox One, Apple TV, Android TV, Chromecast, or Roku: These devices can stream the game through the CBS Sports app. Several reports say that CBS is working with Amazon to get the game on Amazon Fire TV devices.

On your phone: Here’s where things get limited. Verizon has exclusive rights to mobile streaming for the Super Bowl, meaning only Verizon Wireless customers will be able to watch on their phones through the NFL Mobile app. Make sure you’re connected to a Wi-Fi network, though, otherwise your data will suffer.   If you’re just watching for the commercials and the halftime show, don’t fret. All of the options above will stream those things too.

How to watch outside the US

If you want to watch the American broadcast, you can use VPN software to pretend you’re located in the US, and use any of the options above. Otherwise, here’s what you can do:

United Kingdom: BBC has the TV broadcast. It will also stream the game online, on the BBC iPlayer, and on the BBC Sport app. Sky customers can also watch on Sky Sports or on the Sky Go app.

Elsewhere: The game will be broadcast on Foxtel and Seven Network in Australia, Sat. 1 in Germany, and W9 in France. Here’s a (partial) list of where it’ll be broadcast in some other countries. You can also stream the game on NFL Game Pass, but it’ll cost you (paywall).