Check out this FREE Chicago movie screening of EVERYBODY WANTS SOME with in-person visits from Blake Jenner, Tyler Hoechlin and Ryan Guzman who are in town for a special Q&A advance screening on behalf of the new Paramount Picture film, EVERYBODY WANTS SOME! We would like to invite you to this event which is taking place on Tuesday, March 15th at 7pm at Music Box Theatre in Chicago.

“Everybody Wants Some” will open the SXSW Film Festival on March 11. The film follows a group of college baseball players in ’80s Texas as they navigate their way through the freedoms and responsibilities of unsupervised adulthood and stars Blake Jenner, Ryan Guzman (who was a college baseball pitcher), Tyler Hoechlin, Wyatt Russell, Glen Powell, Will Brittain and Zoey Deutch. The launch date will coincide with the April 3 opening of the Major League Baseball season. The project, which takes its title from a popular 1980 song of the same name by Van Halen, has been considered the follow-up to Linklater’s breakthrough 1993 film “Dazed and Confused.

Here is trailer to the film

Please see the notes on the confirmation email to get screening details. 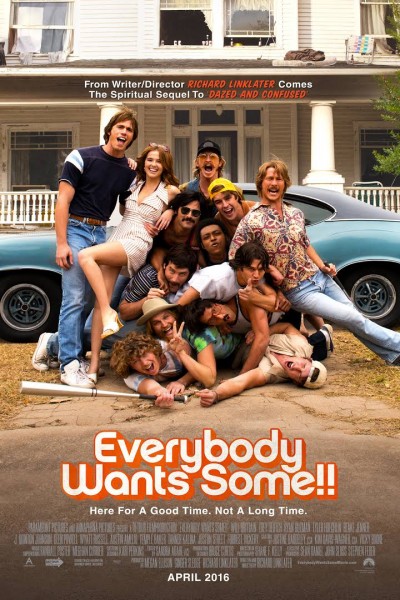