Come on out and enjoy  a FREE screening of JAWS on May 7th at 8:00pm at the Patio Theater in Chicago! Doors open at 7:00pm and the movie starts at 8:00pm!  Even though FREE, please click on link to get zero cost tickets .  40 years ago this summer, people lined up around the block and around the world to get scared silly by “Jaws,” widely viewed by most as the first summer blockbuster ever.  A horror story wrapped in an adventure, the movie tapped into our deepest fears about what dangers lurk beneath the ocean’s surface. Some people told screenwriter Carl Gottlieb that the movie, about a giant shark terrorizing a summer resort town, even made them afraid to venture into swimming pools. Yes, the fake shark looks a little cheesy now. But in 1975, long before computers could create any spectacle onscreen, it was plenty terrifying. The movie overcame a troubled shoot to launch Steven Spielberg’s career as a master craftsman of popular entertainments. With its wide release and aggressive ad campaign, it also pioneered the current Hollywood model for how big-budget movies are springboarded into the market. 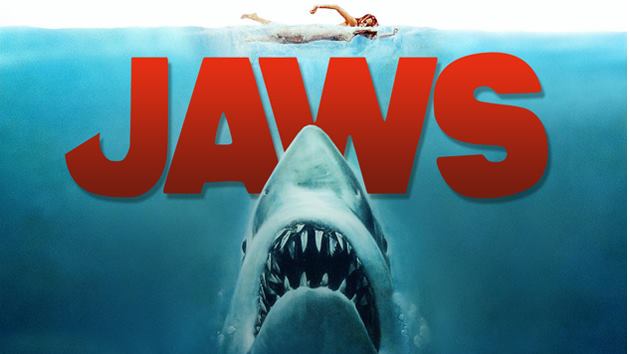 21 INTERESTING AND STRANGE FACTS ABOUT THIS MOVIE