1 day ago
SAVE NOW! Sam’s Club Membership Now 57% off at $32 a year – TODAY ONLY
6 days ago
Free Report: Top 5 Cities to Retire in the U.S.
1 week ago
FREE Public Wi-Fi For All of 2020
2 weeks ago
Free Slurpees in July
2 weeks ago
Chicago City Markets are Opening for Summer

Come on out with some friends and enjoy a fun screening of the now-classic film Dazed and Confused at the PUBLIC Chicago Hotel at 7 p.m. on Wednesday June 15, presented by the  Chicago International Film Festival’s Associate Board. Tickets are $15 but with that you get   free popcorn and two Stella Artois beers to sip on as you enjoy this 1993 classic directed by Richard Linklater. Proceeds from the screening series benefit Cinema/Chicago’s Education Program.

Join the Chicago International Film Festival’s Associate Board at this exclusive screening of Dazed and Confused at PUBLIC Chicago’s luxurious screening room!

TRIVIA — Matthew McConaughey states that the line “alright, alright, alright!” he said in this movie in the scene at the Top Notch drive-in was his first line ever spoken on camera in the first scene of his entire film career. The infectious line was hence repeated during production by the entire crew and has been one of McConaughey’s trademark slogans, even using it during his Academy Award acceptance speech for best actor. He says that he ad-libbed the line, and lifted it from Jim Morrison, who exclaimed it during a performance on the album The Doors Live after the song “Roadhouse Blues.” 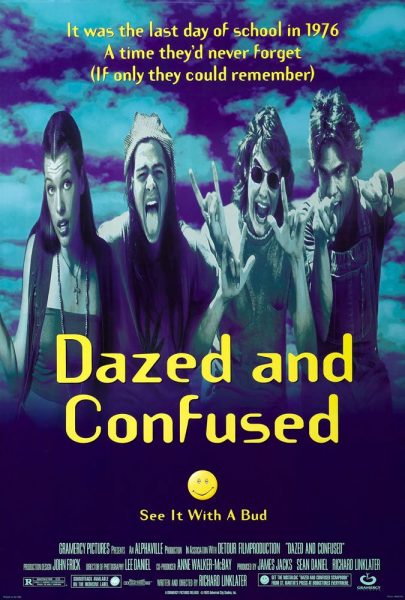