The University of Chicago Press continues to offer one free e-book every month. While most of these are academically challenging, this month’s free selection is excellent.  In this month’s free e-book,  Rising Up from Indian Country: The Battle of Fort Dearborn and the Birth of Chicago by Ann Durkin Keating, relates the history of a crucial period in the birth of Chicago.     Two hundred and four years ago this month, Captain Nathan Heald undertook a hurried evacuation of ninety-four people from the isolated outpost of Fort Dearborn—near where the Chicago River meets Lake Michigan—to Fort Wayne, hundreds of miles away. Barely started on the journey, the party was attacked by five hundred Potawatomi warriors. The battle became a foundational moment in the creation of the city of Chicago. 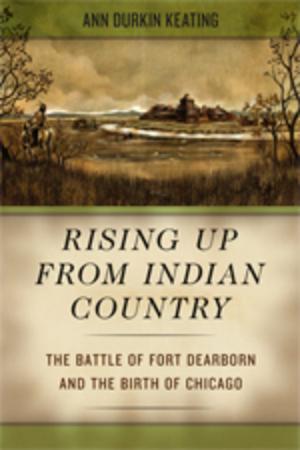 Get the free e-book for August, Rising Up from Indian Country: The Battle of Fort Dearborn and the Birth of Chicago by Ann Durkin Keating.

In August 1812, under threat from the Potawatomi, Captain Nathan Heald began the evacuation of ninety-four people from the isolated outpost of Fort Dearborn to Fort Wayne, hundreds of miles away. The group included several dozen soldiers, as well as nine women and eighteen children. After traveling only a mile and a half, they were attacked by five hundred Potawatomi warriors. In under an hour, fifty-two members of Heald’s party were killed, and the rest were taken prisoner; the Potawatomi then burned Fort Dearborn before returning to their villages.

These events are now seen as a foundational moment in Chicago’s storied past. With Rising up from Indian Country, noted historian Ann Durkin Keating richly recounts the Battle of Fort Dearborn while situating it within the context of several wider histories that span the nearly four decades between the 1795 Treaty of Greenville, in which Native Americans gave up a square mile at the mouth of the Chicago River, and the 1833 Treaty of Chicago, in which the American government and the Potawatomi exchanged five million acres of land west of the Mississippi River for a tract of the same size in northeast Illinois and southeast Wisconsin.
In the first book devoted entirely to this crucial period, Keating tells a story not only of military conquest but of the lives of people on all sides of the conflict. She highlights such figures as Jean Baptiste Point de Sable and John Kinzie and demonstrates that early Chicago was a place of cross-cultural reliance among the French, the Americans, and the Native Americans. Published to commemorate the bicentennial of the Battle of Fort Dearborn, this gripping account of the birth of Chicago will become required reading for anyone seeking to understand the city and its complex origins.
“Keating’s well-researched book rights some misconceptions about the old conflicts, the strategies of the whites and Indians to keep their land, and how early Chicago came to exist.”—Publishers Weekly
Get your free e-book 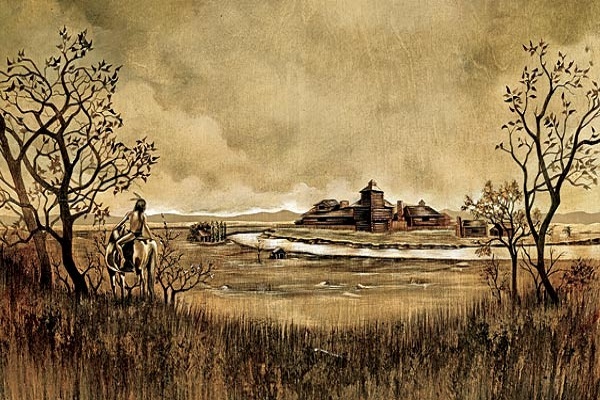 Now get Hundreds of Free eBooks from Amazon