The Summer Olympics open up on Friday night in Rio de Janeiro, and whether or not you’re a sports fan, you’ll want to follow all the stories or triumph and heartache that happens every time at the Olympics . Thankfully, cord cutters and others will have lots of  options to watch this year’s Olympics games.    Rio 2016 promises to be the “most live Olympics ever.” It may also end up being the most-streamed, thanks to a wealth of options that enable cord cutters catch all the action.    More than 10,500 athletes from 206 countries will compete in the Games of the XXXI Olympiad this August. NBCUniversal (NBCU), which has exclusive broadcasting rights to the Olympic Games, will air 6,755 hours of Olympic programming across its channels and digital platforms. That includes NBC, NBCSN, Bravo, USA Network, MSNBC, CNBC, and Golf Channel.

Comcast, DirecTV and Dish have big plans for 4K this year. They have announced that they’ll be serving up 83 hours of Ultra HD content from the Rio Olympics, though most of it won’t be live, but this is still a perfect opportunity to put your shiny, new 4K TV to good use. The opening and closing ceremonies will be available in 4K on a 2.5-hour delay, while content from other events (such as basketball, swimming and track and field) is expected to hit the on-demand Rio 2016 portal the next day.    Whether you’re subscribed to Comcast, DirecTV or Dish, keep in mind you’ll need a 4K set-top box (and TV) to take advantage of this feature. So if you don’t have one yet, you have a couple days to try to make it happen. It’s unfortunate that FiOS, Time Warner Cable and U-verse customers will miss out on 4K content, but at least they can still watch in regular HD.

Over the Air Antenna –    The simplest and least expensive way to get your Olympic fix without cable is with an OTA antenna. You’ll only be able to tune in to NBC, as the other channels are not broadcast, but that will still give you access to a significant portion of the Games. The network is slated to deliver more than 260 hours of coverage, including some of the Olympics’ most popular sports: gymnastics, swimming, diving, track and field, beach volleyball, and the men’s and women’s basketball finals. It will also carry the Opening and Closing Ceremonies.     NBC also goes behind and beyond the competition. Its coverage includes athlete features, interviews with medal winners, and segments on the host city and country. Not bad considering it’s all free for the watching (you’ll have to suffer through commercials, though). 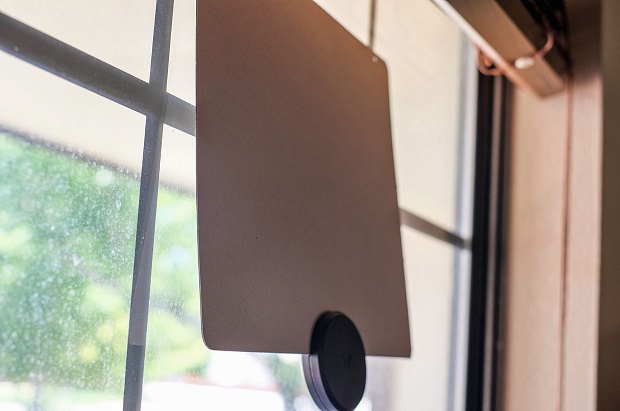 Pay-TV subscribers get everything free –   If you own a television and subscribe to a cable or satellite TV package, watch the Olympics the traditional way. NBCUniversal will broadcast most of the games live, since Rio is only one hour ahead of the Eastern Time zone, across 11 of its channels and networks, including NBC, Bravo, NBC Sports Network, NBC Universo and others. See the full network list here.      If you don’t have a cable or satellite TV package, consider purchasing a digital antenna to watch the games for free. While the antenna won’t catch more specialized channels (like the Golf Channel), you can watch live coverage of major events through broadcast networks like NBC. 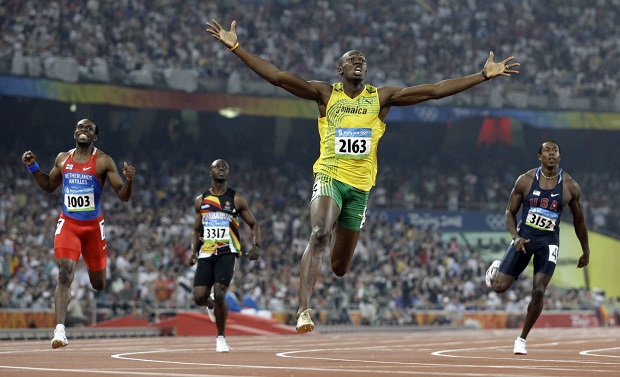 NBC’s website and apps: NBC will stream 4500 hours of programming, including all of the competitions — even the ones that don’t make it to TV. And there will be concurrent streams during competitions where there’s more than one thing going on at the same time — think track and field, or tennis, where up to five courts are being streamed in real-time.     Streams will be available on NBCOlympics.com as well as via the NBC Olympics app, which is available for iPhones and iPads, Android phones and tablets, Windows phone, Roku streaming boxes, sticks and TVs, Amazon Fire TV and Fire TV sticks, the new Apple TV via the device’s app store, and Chromecast via the NBC Sports iOS or Android app.     However, viewers will have to sign in with their pay TV account information in order to start watching. Can’t find the username and password your cable company assigned you years ago in time for the action to start? No worries, NBC is giving viewers a one-time 30 minute grace period to watch before the stream requires a login. Also worth noting: This is the first time that U.S. service members overseas will be able to stream the Olympics through the NBC apps by authenticating with their Exchange account. Everywhere offering will require an account from a cable or satellite TV provider, or PlayStation Vue.

Telemundo’s website and apps: NBC-owned Telemundo will stream more than 720 hours with Spanish-language commentary through its website as well as its Telemundo Desportes apps on iOSand Android. But just like NBC’s own site and apps, Telemundo also requires viewers to log in with their pay TV credentials.

Tablo. Many of the Olympic’s main events will be available for viewing on NBC’s main broadcast network, with others being aired on Telemundo. Both channels can be received for free with an over-the-air antenna, which opens the door for another streaming solution: Tablo’s DVR allows cord cutters to record and relay broadcast TV, and stream it to connected devices like Apple TV, Roku and Chromecast, or watch it on iOS and Android while on the go. Tablo’s base model retails for $200 and still requires users to bring their own antenna and hard drive, but it’s still an interesting option for consumers who don’t have access to or don’t want to pay for Sling TV or PlayStation Vue.

Watch the Olympics in Virtual Reality – As part of its efforts to let viewers experience the Olympics in new ways, NBCUniversal will have more than 85 hours of programming available in virtual reality. The 360-degree video treatment is coming to a few different sports, including men’s basketball, gymnastics and track and field. But the content won’t be there for everyone. Aside from requiring a pay-TV login, it will be streamed exclusively on Samsung’s Gear VR headset.

Cord-cutters –  During the 2014 World Cup, Univision did the unthinkable: It let people in the U.S. stream every game up until the knockout round without a pay-TV account. But that’s clearly not a route NBCUniversal is willing to take. Cord-cutters have limited options for watching the Olympics. The obvious one is getting an over-the-air antenna though that only gets you access to NBC and Telemundo. For what it’s worth, the opening and closing ceremonies, plus most of Team USA’s bigger events, will be broadcasted on NBC. Telemundo, on the other hand, comes in handy for the Latino population and anyone who loves soccer.

Owners of Sling TV, —  you’re in luck. And if you aren’t an owner, you may want to think about getting an account, even if it’s only for the month of August. With the Sling TV Blue package, which costs $25 per month, you’ll have access to NBCUniversal’s NBC Sports Network, USA Network and Bravo. You also get NBC, but only if you’re in Chicago, New York, the Bay Area, Los Angeles, San Diego, Philadelphia, Dallas and Fort Worth, Miami and Fort Lauderdale, Hartford and New Haven and, finally, Washington, DC.    At a minimum, you should subscribe to the Sling Blue package for $25 a month. This 40-plus-channel service gets you the following networks:

For an additional $5 per month, you can tack on the World News Extra package to your subscription to get MSNBC and CNBC. This adds another 120.5 hours of Olympic viewing, including more cycling, rugby, archery, wrestling, and water polo. CNBC also carries elimination-round coverage of basketball and volleyball.    Golf geeks should also consider adding the Sports Extra Package for another $5 per month. That will provide access to Golf Channel for a whopping 115 hours of tournament coverage and in-depth analysis.     That’s just $35 for a month of Sling TV, with no obligation to continue your subscription once the Olympics conclude—though you may find you want to given the many other popular networks Sling TV offers.   And since the service comes with a free 7-day trial, you can watch a substantial amount of the Games gratis. With Sling TV, you’re also not tethered to our television. You can stream to most devices including Apple TV, Roku, Xbox One, Chromecast, Amazon Fire TV, iOS and Android devices, and Windows and Mac computers.     If that’s not enough incentive, consider these special offers: Sling TV is currently offering a free Roku 2, 50% off a Roku 3, or $60 off an Apple TV when you prepay for three months of service.

You’ll get a similar deal with Sony’s PlayStation Vue, which offers plans starting at $30 per month. The cord-cutter service has apps for PlayStation 3, PlayStation 4, Roku, iOS and Android, giving you the option to watch on a TV or mobile device. You’ll want to pay for the $45 Elite Slim plan though, as that’s the one that includes every channel from NBCUniversal.     Pay-TV customer or cord-cutter, you’ll want to check out the official schedule to find out when every Olympic event is happening. Because the last thing you want to do is miss Usain Bolt get yet another gold medal in the men’s 100m.