Check out this deal we found from Chicago to London in October on United for just $618 RT (other carriers for $582).   Have you always wanted to go to London?  Here is your chance at a low price.  London, the capital of England and the United Kingdom, is a 21st-century city with history stretching back to Roman times. At its centre stand the imposing Houses of Parliament, the iconic ‘Big Ben’ clock tower and Westminster Abbey, site of British monarch coronations. Across the Thames River, the London Eye observation wheel provides panoramic views of the South Bank cultural complex, and the entire city.

Whether your budget’s too tight for regular trips away or you’re just a homebody by nature, there’s at least one trip you need to make, and that’s to the country’s capital. London is a city unlike any other in the world. Here are 6 reasons why everyone needs to go to London at least once:

Big Ben, the Tower of London, Buckingham Palace, the London Eye, the Tower Bridge (see image below) … The list goes on and on. There’s nothing quite like the experience of hopping on a red double-decker bus and seeing some of the most recognisable sights in the world from its top deck. 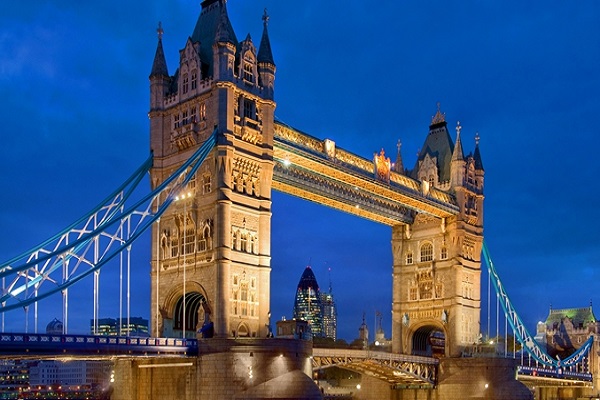 Whether you’ve got money burning a hole in your pocket or you just want to have a nose past some windows, there is no better place to experience the best shopping in the world than London. Get overwhelmed by the number of people on Oxford Street, stunned by the prices in Knightsbridge and charmed by the boutiques around Carnaby Street.

Londoners may work hard, but they also play hard too. There’s everything any night owl could possibly want in the capital, from classic pubs, to chic clubs, quirky dive bars, theatres packed with Hollywood stars taking their turn on the boards…Whatever you decide to do, make sure you book tickets for some kind of show one evening, whether it be a West End musical, a stand up comedy show, or a great live concert. The biggest stars and the best shows always make a stop in our nation’s capital, so you’re sure to find something that will blow you away.

The story of London is ever so long and dramatic. So much of our culture as a country developed in this city and you’ll discover more than you can possibly remember if you visit some of its museums and historical attractions. Terrify yourself with the gruesome past of the London Dungeons or bask in the splendour of royalty at Hampton Court Palace.

The best bits of a trip to London will be the bits you won’t expect. There are some things you’d never know until you experience them in person, like how peaceful the green spaces in such a bustling city can be, or how distinctive different neighbourhoods can feel. The one-of-a-kind memories can only come from travelling to the city, putting on some comfortable walking shoes, and going out to explore.

London, and in fact Britain in general, may not have a great reputation for being full of friendly, welcoming people, but actually, the city is the wonder that it is because of the great diversity of fascinating people that live there. Everywhere you look you’ll see people doing incredible things, whether it’s building businesses or performing circus acts in the street. Everyone has a story to tell, and on a visit to London it’s worth talking to as many people as possible to hear some of the amazing stories, as well as creating one of your very own.