Check out these great cheap flights from Chicago to Stockholm, Sweden that we found for  just $438 roundtrip,including taxes.   Stockholm is situated on an archipelago containing roughly 30,000 islands that eventually lead to the Baltic Sea. Among the various islands positioned throughout the city’s vast amount of waterways, bays and rivers visitors will find an assortment of architectural, cultural and natural gems begging for further exploration. From the quaint and pristinely preserved 13th-century-old Gamla Stan, or Old Town, to the sprawling, attraction-packed Djurgården park island, Stockholm is a floating, visual treat that has the power to leave sightseers awestruck at its incredible landscape.  We also found flights in early December really cheap to the following places:

The city’s uniqueness isn’t only tied to its grand topography – Stockholm also features an astonishing climate and setting. Visit in summer to experience close to 24 hours of sunlight, a phenomena celebrated with a Midsummer Festival that will leave you with a hearty knowledge of Swedish cuisine and tradition. Or, test your tolerance during one of Sweden’s notoriously freezing winters for a chance to ice skate on one of the city’s many frozen rivers. Whenever you choose to visit, know that you’d be hard-pressed to find a city like it anywhere else in Europe. Maybe even the world. 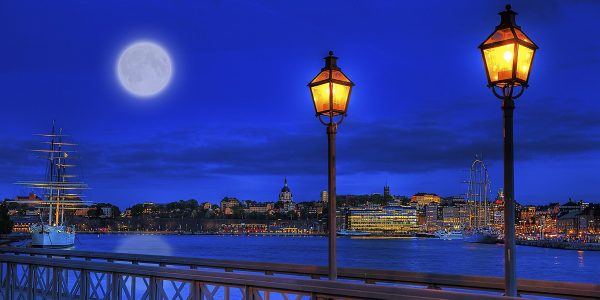 10 reasons why you should consider this great Scandinavian city:

This is the first thing you’ll find online about Stockholm. It’s the old centre of the city and is located on a small island. Actually, Stockholm is formed from more islands split by canals but they are very well interconnected. This district is a really special part of the city with colourful architecture, narrow streets paved with cubic rock, tall churches and last but not least, great cafés and restaurants. Just put down the map and get lost on the lovely streets, looking everywhere around you. When you get tired, have a break at Fabrique – amazing coffee and pastry.

Oh, Swedish pastry. I intoxicated my Facebook friends for the whole length of my trip with photos of the delicious pastries that this country makes. If you have to try something from the Swedish cuisine, ditch the IKEA meatballs and go for the great, cinnamon or nutty tasting pastry. Have it at breakfast, with a creamy coffee (what the Swedes call ‘fika’) – guarantees a great start of the day. What am I talking about, have it any time you want and try ALL the varieties.

For a nice view over the city, go to Observatorielunden – it’s a park on a hill next to the Old Stockholm Observatory. From there, take a nice walk through Norrmalm’s streets, it’s a lovely area with shops both local and international. For a coffee break, go to Espresso House on Drottninggatan, one of the best decorated places I’ve ever been – great coffee and tea too!

Roughly translating as Hammarby Sea City or Hammarby Lake City, this is a very modern and new area of Stockholm and is part of the Södermalm district. Go there in the morning or even afternoon, perhaps to see the sunset as the area is surrounded by water and canals. You can then take the boat to return to the centre.

Skansen is the world’s first open-air museum, founded in 1891. Here you can stroll through five centuries of Swedish history, from north to south, with a real sense of the past all around in the historical buildings and dwellings, populated by characters in period dress – according to their website. It was a really great place to see, especially as it started snowing while we were there – a very good reason to refugee in an old style café and have home-made pastry and sweets.

They have a lot of style, that is for sure. That reflects in their clothes, shoes, bags, decoration and anything that involves design, really. They are discreet, not very outgoing but friendly. If you are the kind of person that likes to get to know the locals you will have to put some active effort into it – try renting a room in a flat hosted by locals.

The City Hall has an interesting building (with an interior garden) and location, next to Stadhusparken, which is a park surrounded by water. As long as you are there, check out the Radisson Blu Waterfront Hotel; it looks very cool.

Next to Skansen is Rosendals Trägård (Rosendal’s Garden) – an open garden, which wishes to present biodynamic (organic) garden cultivation. We didn’t get to go there, but apparently they have a café, plant shop and bakery, so what’s not to like?

One of the hipster districts of Stockholm, with a creative and relaxed vibe, offering a variety of Swedish fashion shops, vintage stores, galleries and design stores as well as well decorated cafés and bars. Here are also two of the best viewpoints in the city: Fjällgatan and Monteliusvägen.

All around the city, I never laid my eyes on an ugly building. The Swedes have a great sense of what looks good and that reflects in everything. Interesting colourful buildings, wonderfully refurbished old ones. We particularly found the roofs worth a look at so if you are into that, be careful not to trip while looking up all the time.