The team at North American Aerospace Defense Command (NORAD) keeps track of a sleigh pulled by eight tiny reindeer every December. Before computers, curious kids had to telephone in to find out Santa’s whereabouts. Nowadays, they can track the jolly guy’s route on Christmas Eve, as well as receive updates directly from the North Pole, online. Even before the big night, children can explore a digital Santa’s Village, play games, listen to music and watch movies. The command center’s tracking techniques are top-secret, but we’ve learned Rudolph’s glowing red nose gives off an infrared signal that can be detected by satellites. If this doesn’t convince the kids that Santa is on his way, nothing will.

For 60 years, NORAD and its predecessor, the Continental Air Defense Command (CONAD) have tracked Santa’s flight.    The tradition began in 1955 after a Colorado Springs-based Sears Roebuck & Co. advertisement misprinted the telephone number for children to call Santa. Instead of reaching Santa, the phone number put kids through to the CONAD Commander-in-Chief’s operations “hotline.” The Director of Operations at the time, Colonel Harry Shoup, had his staff check the radar for indications of Santa making his way south from the North Pole. Children who called were given updates on his location, and a tradition was born.      In 1958, the governments of Canada and the United States created a bi-national air defense command for North America called the North American Aerospace Defense Command, also known as NORAD, which then took on the tradition of tracking Santa. 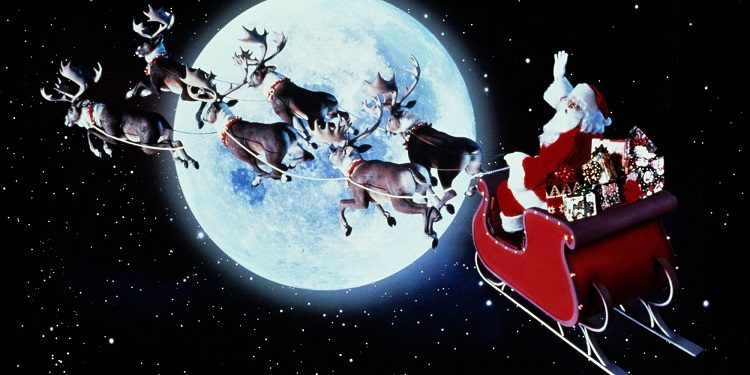