NBC Chicago  is reporting that Krispy Kreme opened its first Chicago-area store in south suburban Homewood on Tuesday and is planning on opening another seven location throughout Cook County with a whole new design.  (Most of us will recall that all but one of the brand’s area stores closed during the Great Recession. There’s a single corporate-run location in Elk Grove Village, which mostly serves retail clients like Wal-Mart).   As is their tradition, the first 100 customers, many of whom waited in line overnight, were given either one free dozen of glazed donuts every week for a year, or one free dozen a month.   These new stores will include new seasonal recipes, and its new premium coffee that is ground fresh with each serving, the company said.

Krispy Kreme will come back to a much different market in Chicago than it left seven years ago. The upscale doughnut market is now packed with relative newcomers like Glazed & Infused, Stan’s and Doughnut Vault.   Larcada said Krispy Kreme will focus on value and freshness to compete. He notes that a dozen original glazed Krispy Kreme doughnuts costs $9, while upscale competitors charge up to $4 per doughnut and more than $30 for a dozen. And, he notes, “no one else is serving them hot.”

The Homewood store will look slightly different from traditional stores, featuring dark wood and tile for “more of a cafe-style look,” Larcada said. It will be the third store in the country with the new design, following locations in Krispy Kreme’s home base of Winston-Salem, N.C., and one in Jonesboro, Ark. It will still feature the famous “Hot light” that will illuminate when doughnuts are fresh out of the fryer. Krispy Kreme also has a smartphone app that can alert customers when the light is on at a local store.

Krispy Kreme’s Homewood storefront, located at 17815 S. Halsted Street, (CLICK HERE FOR MAP) will be open daily from 6:00 a.m. to 11:00 p.m., with a drive-thru open 24 hours every day.   The company is also offering a free doughnut for anyone who downloads its app.

The company was founded in Winston-Salem in 1937. It expanded rapidly after going public in 2000, but the recession and the popularity of low-carb diets hurt its business later that decade. 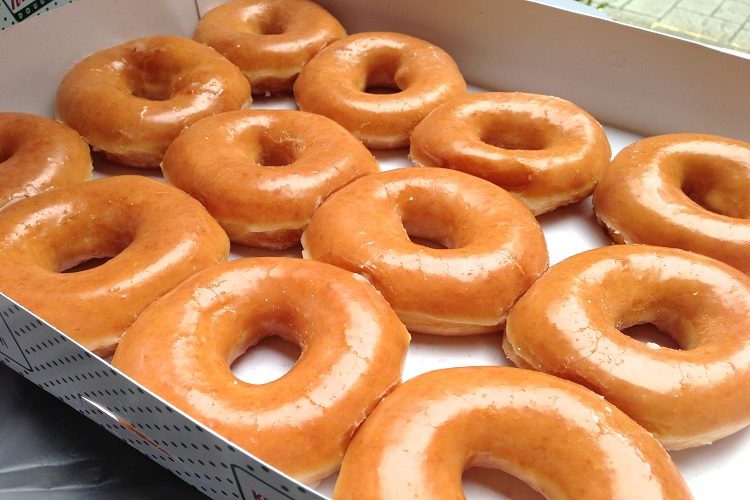