What time is the Super Bowl broadcast in Chicago?   Kickoff for Super Bowl LI between the Atlanta Falcons and New England Patriots at NRG Stadium in Houston is scheduled for 5:30 p.m. Chicago time, but it’s highly unlikely that it actually hits that mark. With Luke Bryan scheduled to perform the national anthem and the cast of Hamilton set to perform “America the Beautiful,” the kickoff will likely be closer to 5:40 p.m. Chicago time.  FOX Sports presents exclusive coverage of SUPER BOWL LI. Play-by-Play announcer Joe Buck joins analyst Troy Aikman and sideline reporters Erin Andrews and Chris Myers to call the game.

A year ago in Super Bowl 50, the coin toss came at about 5:35 p.m. after Lady Gaga’s performance of the national anthem. Kickoff then followed after a short commercial break.     Super Bowl LI features a matchup of the highest-scoring offense in the NFL and the defense that allowed the fewest points. The Falcons offense, led by Matt Ryan and Julio Jones, averaged 33.75 points per game during the regular season and then upped the momentum in the postseason with 80 points in two wins.     But the Patriots allowed an average of only 15.6 points and gave up only 33 in a pair of playoff victories. New England also has an offense to be reckoned with, led by three-time Super Bowl MVP Tom Brady and running back LeGarrette Blount, who led the NFL with 18 rushing touchdowns in the regular season. 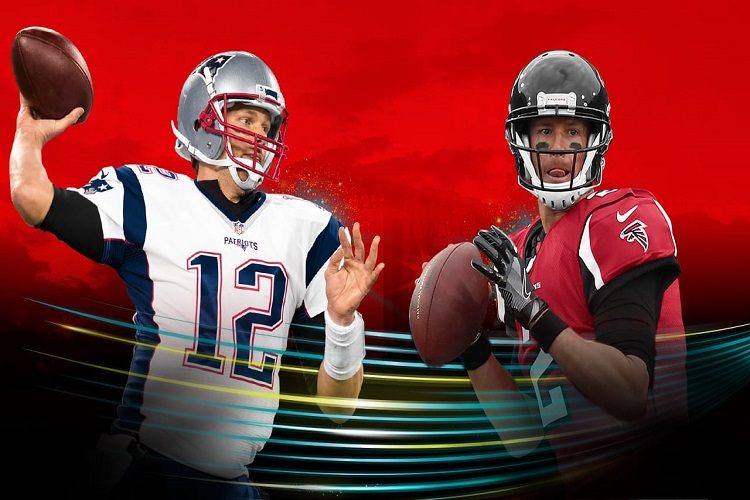 How to watch the Super Bowl online

Fox has an over-the-top service, Fox Sports Go, which provides live streaming of every sporting event they cover. Normally it requires a cable/satellite subscription to access, but for the Super Bowl, Fox is making a special exemption and making the game FREE available to everybody watching online. Mobile apps are available on Android, iOS, Roku, Apple TV, and Xbox One, among others.