There have been a bunch of great airfare sales to Dublin, Ireland but now they are back and you can get to Ireland (or use it as a cheap flight jumping off point for Europe).  Be sure and check out these really great cheap flights to Dublin from Chicago in June for just $534 RT, August for $500 RT or in early September for $399 RT — these great prices are good for flights from May to September 2017 or so. 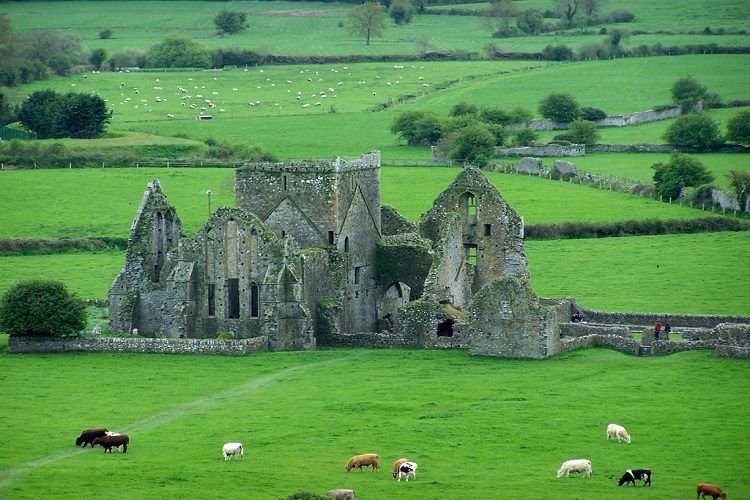 Ireland is beloved worldwide as an enchanting land where legend and reality mingle. With the richest store of mythological traditions in northern Europe, Ireland adds further interest to the landscape through the sacred associations of so many of its physical features – few counties do not shelter a pile of stones called “Diarmuid and Gráinne’s Bed”, where the star-crossed lovers are said to have slept together on their flight from the great warrior Fionn Mac Cumhaill. Haunted, gothic, stately, or imposing, Irish castles radiate the romantic feel of this beautiful country. Cahir, Kilkenny and Dunguaire Castles all evoke magical visions of fair maidens, brave kings and frightful dungeons. Blarney Castle in County Cork (shown here) is one of the most visited castles in Ireland. Famous for the Blarney Stone-legend states that if you kiss the Blarney Stone, you’ll receive the gift of eternal eloquence-visitors literally bend over backwards to plant a smooch on this fabled rock set into the castle’s wall. Amorous acrobatics aside, this 15th century castle offers battlement views, vibrant gardens and mysterious underground caves.