Midsommer Flight, a professional not-for-profit theatre company, is set to return for sixth season of bringing FREE Shakespeare to Chicago’s parks and just announced its sixth season of bringing Shakespeare to Chicagoans for free in selected Chicago parks. The 2017 season includes an eight-week summer schedule of Shakespeare’s Hamlet in four city parks for runs of two weekends per park, and the company’s annual tradition of performing Shakespeare’s Twelfth Night during the holiday season. The comedy will also be performed for free in a park, albeit indoors – in the Lincoln Park Conservatory – for three weekends, from November 30 – December 17, 2017. This is part of Mayor Rahm Emanuel’s Night Out in the Parks initiative that provides world-class performances in Chicago’s neighborhood parks throughout the year.

The company will begin its 2017 season with a free “Season Kick-Off Picnic” in Lincoln Park on Saturday, June 17, 2017 from 11:30 AM – 1:30 PM. This free event will give Midsommer Flight patrons and community members the opportunity to mingle with ensemble and summer cast, enjoy a BYO picnic in the park, and enjoy a short program including a stage combat demonstration and a Q&A with cast and crew of HAMLET. The picnic will be held in the park on Stockton Avenue between the Lincoln Park Cultural Center and the Zoo (official address is the Lincoln Park Cultural Center at 2045 N Lincoln Park West). 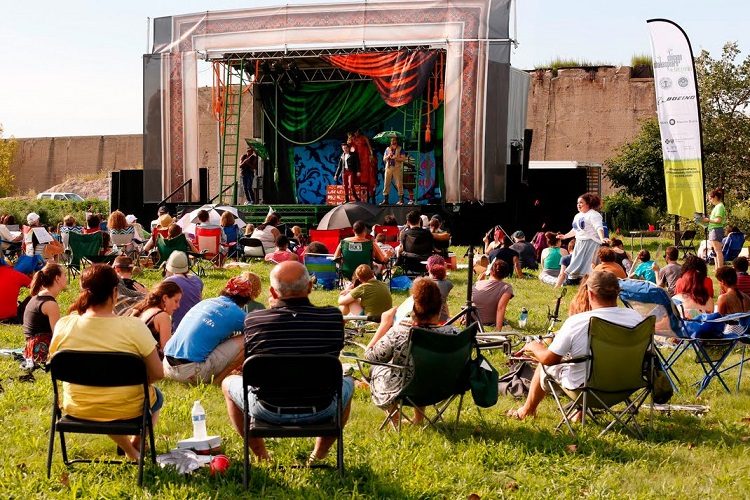 This summer’s production – the tragedy of Hamlet, Prince of Denmark – will be performed in an abridged 100-minute version that will capture the murderous intrigues of the royal family – complete enough for those familiar with the play and accessible for newcomers to it. The play’s most famous lines – including some of Shakespeare’s most frequently quoted, such as “To be or not to be,” “the play’s the thing” and “To thine own self be true” – will be delightfully present for those who know the lines are coming and for those who will be surprised to hear them in this context. The play will be presented on the ground, with natural lighting (curtain times are early enough to complete performances before sunset) and without amplification, just as in Shakespeare’s day.

Hamlet will be directed by Beth Wolf, the company’s founder and producing artistic director, who has directed all the company’s productions since its founding in 2012. Wolf says “We’re delighted to be presenting Hamlet, one of Shakespeare’s most popular plays, and making it available and affordable for all to see. While our performances are played in daylight and without amplification, just as they were at The Globe Theatre, our sets and costumes will give the piece contemporary parallels and relevance.”