The University of Chicago’s Center for Cognitive & Social Neuroscience hosts journalist and author Malcolm Gladwell for a discussion of his work.

Malcolm Timothy Gladwell CM (born September 3, 1963) is an English-born Canadian journalist, author, and speaker. He has been a staff writer for The New Yorker since 1996. He has written five books, The Tipping Point: How Little Things Can Make a Big Difference (2000), Blink: The Power of Thinking Without Thinking (2005), Outliers: The Story of Success (2008), What the Dog Saw: And Other Adventures (2009), a collection of his journalism, and David and Goliath: Underdogs, Misfits, and the Art of Battling Giants (2013). All five books were on The New York Times Best Seller list. He is also the host of the podcast Revisionist History.

Gladwell’s books and articles often deal with the unexpected implications of research in the social sciences and make frequent and extended use of academic work, particularly in the areas of sociology, psychology, and social psychology. Gladwell was appointed to the Order of Canada on June 30, 2011. 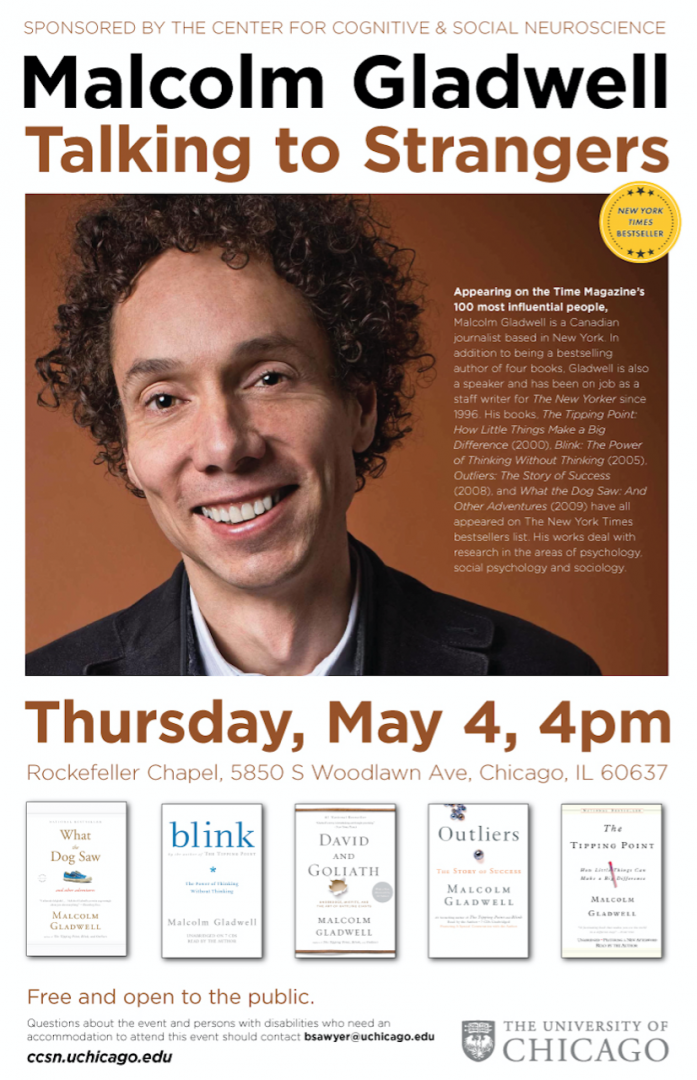