On Thursday, June 15, all the public transportation commuters will be able to snag a FREE CUP OF COFFEE when you ride  the ‘L’, Metra, or Pace. The three local transit agencies and the Regional Transportation Authority are joining forces to observe Dump the Pump Day, a national initiative that promotes the benefits of public transportation and encourages commuters to leave their cars at home. The event was started by the American Public Transportation Alliance in June 2006.     As part of the local celebration, during the morning rush hours on June 15, Cubic Transportation Systems, the developer of the Ventra fare payment system, will offer a free cup of motivation potion to commuters who flash a Ventra card, the Ventra mobile app, or a Metra ticket. The fare media manufacturer is bankrolling FREE coffee trucks at the Northwest Transportation Center in Schaumburg, the CTA Roosevelt station, and the Ogilvie Transportation Center. 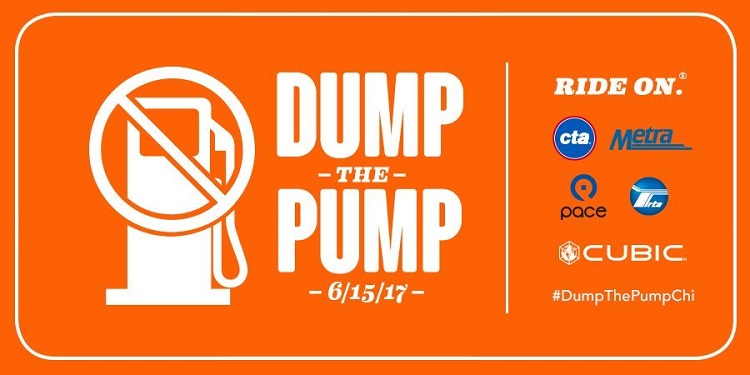 “We know that access to convenient public transportation is a major factor in attracting businesses and employees,” said RTA director Leanne Redden in a statement. “More than 60 percent of those who work in and around Chicago’s Loop take public transit to get there. On Dump the Pump Day, we celebrate those regular riders and those who don’t usually ride our system, asking them all to ‘dump the gas pump’ for at least one day. Regular or first time riders should look for and share #DumpThePumpChi or #DTPChi as part of the celebration.”

The RTA provided a few run facts about the benefits of transit use: