Come out in Chicago and enjoy the FREE Make Music Chicago, a live, one-day FREE music festival on the first day of summer that celebrates the ability of everyone to make music. People of all ages, music of all genres, and amateurs, professionals, and marquee artists will gather throughout the day in Chicago’s public spaces to engage in 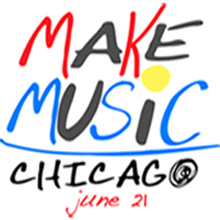 spontaneous music making. Make Music Chicago, which is part of an annual global celebration that brings free concerts to more than 750 cities all over the world on Wednesday, June 21. This year, the festival features more than 175 performances taking place at 65 locations in Chicago—from experimental music at Sherwin Avenue Beach in Rogers Park to hip-hop and DJs in Calumet Park, near 100th Street.   Browse the schedule to see what’s happening near you, or sign up for one of the play-alongs.

Make Music Chicago is inspired by France’s “Fête de la Musique,” a national musical holiday marking its 33th anniversary this year. Chicago joins the global phenomenon on June 21, 2014 – the 24-hour musical holiday for all ages and genres celebrated by over 110 countries and 460 cities around the world. Since 1982, “Fête de la Musique” has become an international phenomenon, taking place on June 21 in more than 750 cities in 110 countries, including Germany, Italy, Egypt, Syria, Morocco, Australia, Vietnam, Congo, Cameroon, Fiji, Colombia, Chile, Nepal, and Japan.

As part of Make Music Chicago, we are hosting a series of crowd concerts in Daley Plaza. There’s something for everyone: come play, come listen, come enjoy! 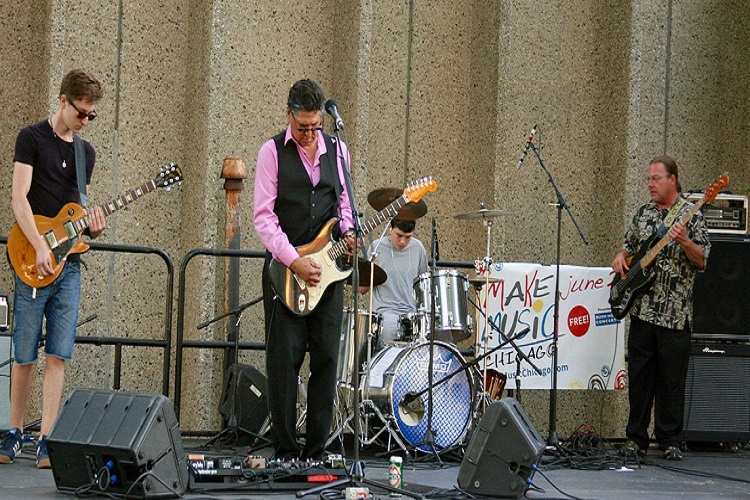