Word on the street is that Trevor Noah is bringing the Daily Show to Chicago this fall for 4 nights of tapings of the comedy-focused news show.    The late-night series will telecast from the Athenaeum Theatre from Monday, October 16 through Thursday, October 19 nightly at 11:00 p.m. eastern on Comedy Central, marking he 14th time the series has taken its coverage on the road for a special week of episodes. “The Daily Show” last summer journeyed to Cleveland and Philadelphia for the Republican and Democratic National Conventions. 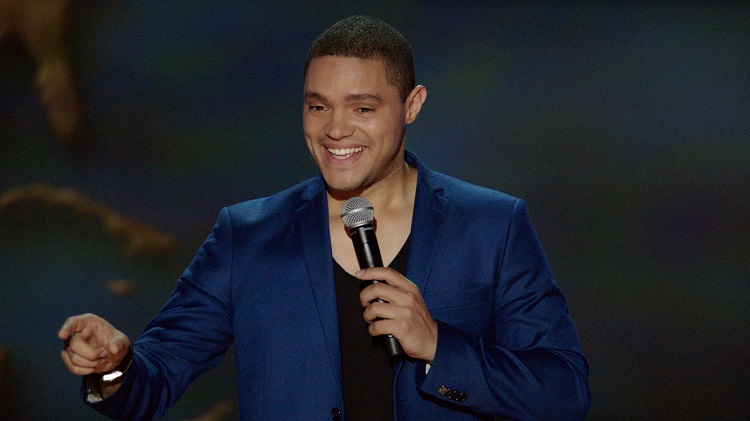 The shows, running Oct. 16-19, will have the apt title: “The Daily Show Undesked Chicago 2017: Let’s Do this Before It Gets Too Damn Cold.” Tickets are free, so CLICK HERE and you can reserve them online right now—though guaranteed tickets have already sold out, you can still reserve a spot in line. This will be the first time the Daily Show has taped in Chicago.     If you don’t want to miss Noah, but can’t stand in line for the taping at 3:30 p.m. on a weekday afternoon—he’ll be doing standup at the Chicago Theatre Oct. 20 and 21.