Come on out for FREE lobster rolls at Luke’s Lobster in Chicago on Tuesday, which is opening its first Chicago location.    To mark the occasion, Luke’s Lobster is giving out free lobster rolls to the first 50 customers on opening day,   PLUS discounts on their famous meal combo from now till National Lobster Day (Sept 25) — customers can snag the special “lobstah lobstah lobstah” menu item, which is otherwise only available at other Luke’s Lobster locations on the so-called food holiday. For $25, the deal includes a lobster roll, half a lobster tail and a small lobster-corn chowder.     You’ll get a chance to meet founders Luke Holden (a Maine native and third-generation lobsterman) and Ben Conniff, who will talk about the company’s sustainability mission, and a Maine fisherman will also be on hand to demo the best way to extract all the meat from lobsters. 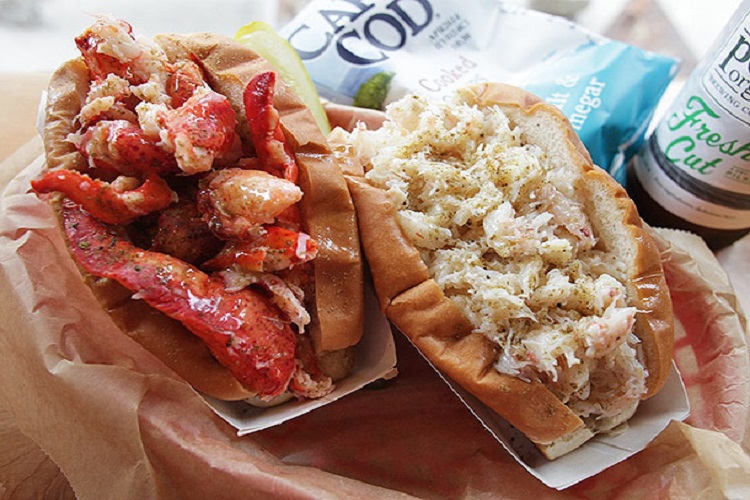 When Luke Holden arrived in New York from Maine in 2007 to start a career as an investment banker, the son-of-a-lobster-man noted that at the time, most lobster rolls in the city were served on white tablecloths with a $30 price tag. That’s a far cry from the paper plates and picnic tables that are typical of lobster roll joints in their native Maine. He quit his job and opened up the original East Village location of Luke’s Lobster, a small walk-up restaurant with a few stools serving a tiny menu of rolls and chowders, all at about half the price of what anybody else was doing at the time.  It worked, and Luke’s has since expanded to over ten locations around the city. Their rolls are made with sweet claw and knuckle meat served in a top-split griddled bun with nothing but a thin swipe of mayo and a sprinkle of lemon butter, along with a shake of their “special seasoning.” I’m always skeptical of spice blends like this, but theirs actually works, enhancing the meat rather than distracting.

Luke’s first tiny East Village store in New York City experienced near-instant success in October 2009, and today, their $8.5 million company has nearly 150 employees and 11 locations in the New York City, Philadelphia, and Washington, D.C., areas.  The restaurant concept is simple and innovative: Keep the stores minimal, like the coastal lobster shacks Holden grew up eating in. Swap table service for counter orders to reduce overhead, focus on small, simple spaces so New York’s colossal rent doesn’t suck up cash flow, and offer a product that’s so fresh it doesn’t seem like fast food.  “We need to do a very high volume business to make our restaurants worthwhile, because we have a low price point [relative to] our ingredients,” says Conniff, who grew up in New England and spent summers in Maine.

Holden, a former Maine lobster fisherman turned investment banker, and Conniff, a food writer, met via Craigslist after Holden advertised for a business partner. The pair leveraged Holden’s father’s 40 years of experience as a Maine lobsterman and his deep ties to other lobster fishers and processors in the state.     The market they’ve chosen is potentially a big one, as Luke’s rapid expansion has shown. U.S. consumers ate 866 million seafood sandwiches in 2012, compared to 8.7 billion hamburgers and 5.1 billion servings of pizza. There’s plenty of opportunity to grow by grabbing market share from other categories, says Warren Solochek, vice president of client development for market research firm NPD Group, of Port Washington, New York.   “Innovation means doing something different, so if you compare [Luke’s] offering to your typical fast food restaurant, he has a very different kind of product,” Solochek says. “There are very few that serve lobster rolls.” 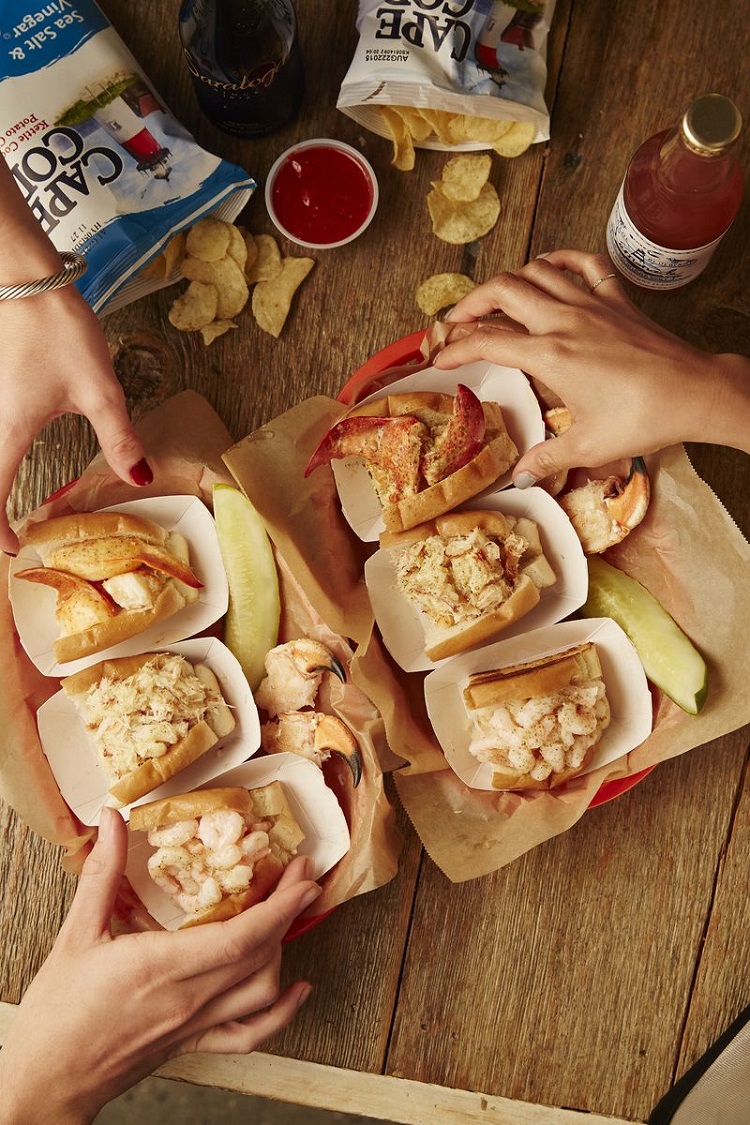