A reminder that Chicago’s FREE Hyde Park Jazz Festival, which features world premieres, unexpected collaborations, a spotlight on women bandleaders and an in-depth look at Thelonious Monk at 100 all at the 11th Hyde Park Jazz Festival, is this weekend Sept. 23-24.     As always, the free event will unfold in multiple indoor and outdoor venues — 13 stages, to be exact — across the historic neighborhood. No other jazz festival in the Chicago area, and few elsewhere in the country, embraces and celebrates its neighborhood as effectively as the Hyde Park event has since its inception.   Performers include Nicole Mitchell and Geof Bradfield, plus appearances by Amina Claudine Myers, Andrew Cyrille, Dee Alexander, Dana Hall, Ari Brown with Oliver Lake, Ben Goldberg, Grazyna Auguscik, the Fat Babies and many more;

Mark your calendars for Sept 23-24 (from 1 p.m. to midnight Sept. 23 and 1 p.m. to 7 p.m. Sept. 24); venues are all across Hyde Park; free; www.hydeparkjazzfestival.org.   Following is a first look at this year’s lineup and its predominant themes, with commentary from Kate Dumbleton, the festival’s executive and artistic director. For complete schedule, visit www.hydeparkjazzfestival.org. 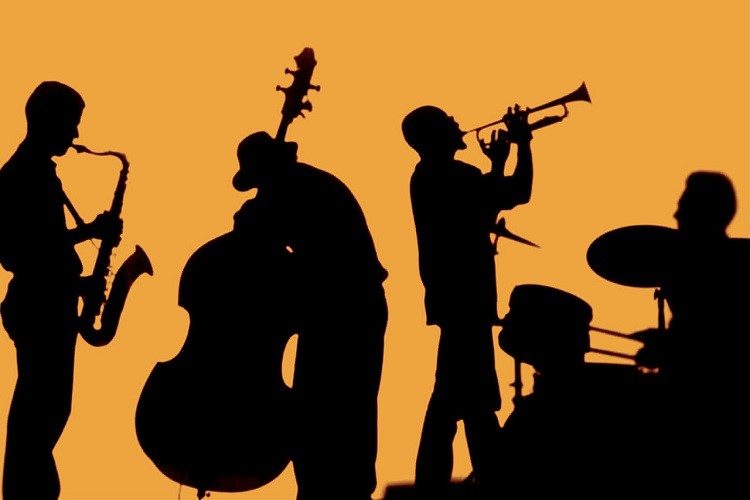 The most intensely anticipated performances will come from flutist Nicole Mitchell, a former Chicagoan who maintains a high profile here with frequent appearances in distinctive projects.  Supported in part by a $35,000 grant from Chicago-based MacArthur Foundation, the previously announced “Bamako*Chicago Sound System” will feature Mitchell in collaboration with Malian kora master Ballake Sissoko and colleagues Fassery Diabate on balafon and Fatim Kouyate on vocals. They’ll perform shows at 3 and 5:45 p.m. Sept. 23 at the University of Chicago’s Logan Center for the Arts.

Among the risks in conceiving such a project these days is obtaining visas for international artists to travel to the States.   “So far, we’ve gotten the OK with the visas — we seem to be fine,” says Dumbleton of a venture co-sponsored by the World Music Festival Chicago.  In addition, the Hyde Park Jazz Festival will send Mitchell, Sissoko and friends into public schools, thanks to a collaboration with the Ravinia Festival’s Guest Artists in the Classroom program.

Another world premiere will come from Chicago saxophonist-bandleader Geof Bradfield, who will lead his “Yes, and … Music for Nine Improvisers” at 7:15 p.m. Sept. 23 at the Logan Center.  “He’s such an interesting musician … in a lot of different scenes,” says Dumbleton, “bringing a lot of different musicians together in way that I think is important for Chicago.”

“I felt like a lot of people were doing responses to that and taking on the three giants and doing all three people with one performance,” says Dumbleton.  “And I wanted to do something different than that.”    So she programmed four events zeroing in on pianist-bandleader Monk, whose compositions — such as “‘Round Midnight,” “Blue Monk,” “Ruby, My Dear” and many more — stand among the most revered, studied and performed works in jazz.

Dumbleton knows full well that “the question of gender and jazz is obviously a very long conversation, and it continues to be a hot button for people,” she says.   She hastens to add, however, that “I’m not at all interested in essentializing concepts, like women in jazz. I hope that we are past that. Sometimes I’m not sure we are. But I like the idea of supporting the work of emerging women artists as part of the overall narrative. And I hope that people pick out that that is happening (at the festival), rather than me always having to say it.”

“I also wanted to continue what we’ve done the last couple of years: Think about offering Chicago artists an opportunity to bring in a special guest,” says Dumbleton.  This time, beloved Chicago saxophonist Ari Brown will lead his quartet, with guest saxophonist David Murray, 3:45 p.m. Sept. 23 at the Wagner Stage on the Midway.   Why did the festival invite Brown to suggest an out-of-town collaborator?

“Because of all the things he has contributed to Chicago, and his kind of quiet, steady hand, if you will,” says Dumbleton. “His breadth of collaborations over the years, and his gentleness.”  Which should make for a fascinating contrast with Murray’s volcanic eruptions.  There will be another intriguing pairing: vibraphonists Joe Locke and Warren Wolf duetting at 11 p.m. Sept. 23 in the University of Chicago’s Rockefeller Memorial Chapel. It will be interesting to see how these musicians tame — or confront — the heavily reverberant acoustics of the space.

Though it’s true that this year’s lineup doesn’t feature marquee names that practically guarantee huge audiences, that seems insignificant in light of the sounds that await.   “We don’t have a Randy Weston or a Regina Carter,” says Dumbleton, citing two such past attractions.   “We do have the kinds of extraordinary artists and heroes that are less well known but that made extraordinary work — Andrew Cyrille, Amina Claudine Myers, David Murray.  “I feel like it’s a really deep (lineup) — a lot of breadth, a lot of depth, and a lot of different considerations of the music and its history.”